An interesting article we all should read and think about. __ Scoop 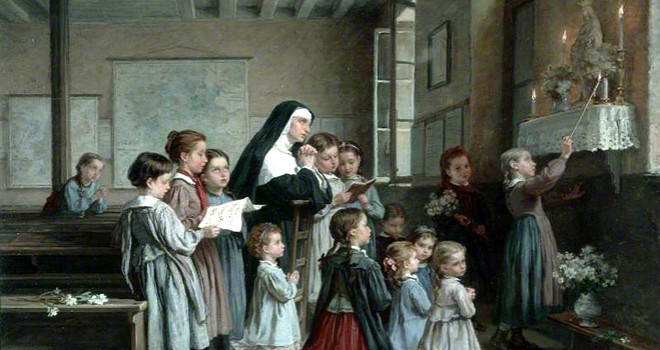 The late scholar Mel Bradford once used the wording “remembering who we are” as a title to a book of finely-honed essays about his beloved Southland. It seems to me, as Bradford so artfully and gracefully suggested in his writings, that it is memory, both individual and collective, which is essential not just to the passed-on heritage of any culture, but to the very existence of that culture. We remember the deeds, the sayings, the handed-down lore, the usages, and the faith of our fathers and grandfathers (and mothers and grandmothers). Their lessons, their admonitions, their successes (and failures), their examples, even their everyday customs inform us and our actions, and, indeed, help shape our lives and view of life. Historically, these are in many respects the very same accoutrements that give definition and offer the earliest structure to our existence, that define us, and that also provide an inheritance which we, in turn, impart to our offspring and descendants.

It is thus memory that is integral to the continuation of a culture and a people. We inherit the wealth and the richness of the remembered past, and we are impelled to both add to it in our own way and also pass it on. To quote the 12th century theologian, John of Salisbury (a quote often favored by my mentor, the late Russell Kirk):  “We are like dwarfs sitting on the shoulders of giants. We see more, and things that are more distant, than they did, not because our sight is superior or because we are taller than they, but because they raise us up, and by their great stature add to ours.”

A society—a culture—that discards memory, that cuts itself off from its inheritance, whether purposefully or accidentally, deprives itself of the accumulated wealth of that heritage. Of course, there are always those who revile the past and its legacy, or at the very least, seek to modify or transform it. And, no doubt, change and reform, in some degree, are always necessary to any well-functioning society.

There is a fascinating quote from Prince Giuseppe di Lampedusa’s famous novel detailing the turmoil of mid-19thcentury Italy, The Leopard (Il Gattopardo): “Things will have to change in order that they remain the same.” There is a wonderful film based on that novel starring, quite improbably, Burt Lancaster which director Luchino Visconti directed (1963), in which the tensions between the immemorial past and the circumstances created by change are vividly explored.

No society—no culture—can completely denude itself of its inheritance and its history and actually survive. Such experiments in total revolutionary transformation have inevitably ended in bloodshed and incredible destructiveness—in the massacres of the French Revolution, and more recently, in the Gulag and the concentration camp, or in blood-soaked Maoism. 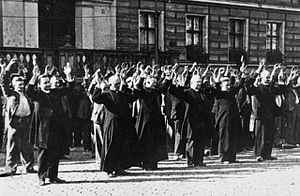 Over the past half century and more we have witnessed a different kind of revolution; it does not employ as weapons of choice the tank and bayonet, nor the Gulag as the final destination for unrepentant opponents—at least not yet. It has been an unfolding, all-encompassing cultural movement spanning decades, subverting and then incorporating in its service diverse radical revolutionary elements injected into our educational system, into our entertainment industry, into our politics, even into the very language we use to communicate with each other. The “violence” it metes out is mostly of the cerebral nature, not of the physical kind, but rather predicated on shame, humiliation, fear of the loss of a job or reputation, and the playing on the natural human desire for conformity, while steadily upping the ante in our laws—constantly moving the goalposts of what is acceptable. It is the kind of intellectual “violence,” now writ large, that once impelled people to look the other way when their neighbors were hauled off to Siberia under Stalin, or to Dachau under Hitler.

And it has been highly effective, utilizing as its major weaponry the terrifying twins, the ineradicable accusations of “racism” and “sexism,” and a whole panoply of sub-terms that accompany such charges: “white supremacy,” “historic white oppression,” “colonialist imperialism,” “misogyny,” “toxic masculinity,” and increasingly expanded to incorporate terms like “anti-migrant” or “anti-transgender” bigotry.

The overarching desire of this Progressivist Revolution is, in fact, not reform—not what Lampedusa’s character the Prince of Salina says consolingly about some things changing so that other things can remain the same. No, it is incredibly “post-Marxian,” making the older Communist and Marxist revolutionary dreams seem tame in comparison. It invokes and demands a total reversal, a complete transformation in which nearly all, if not all, of those institutions, those traditions, and that inheritance vouchsafed to us from our ancestors is rudely discarded, rejected, and vilely condemned as racist, sexist, fascist—in other words, our remembered past is cut off from us.

And we are then naked before history, isolated individuals, without a heritage, without a past, without family, and without memory: neutralized and bland “tabula rasa” vessels to be filled with the “new” Progressivist ideology that will convert us all into the model obedient automatons only hinted at in Orwell’s Nineteen-Eighty-Four or by Russian film director Nikita Mikhalkov’s deeply disturbing 1994 film of Stalin’s Russia, Burnt By the Sun.

Read the rest of it here.

2 thoughts on “Living in an Age Without Memories”