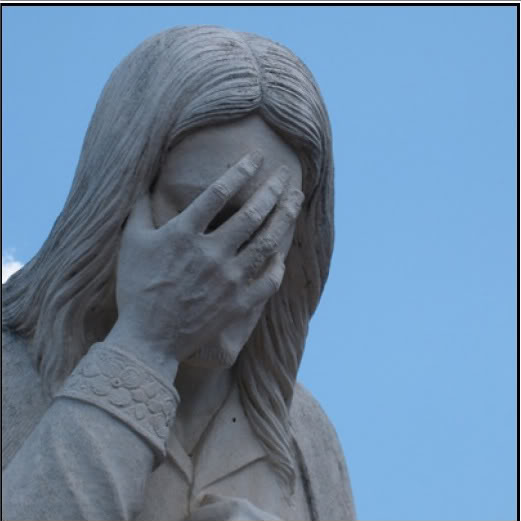 There are those who would draw a distinction between being a Christian and being religious. I think our friend Bosco is one such to judge from the comments he sometimes makes. As I understand it, they see religion as a set of codes designed to control people’s’ behaviour, and Christianity as something else – a personal encounter with Christ; what I don’t understand is the distinction. We do not encounter Christ in some historical and personal vacuum. The Bible itself is not simply the product of the Holy Spirit guiding the Evangelists, it is the product of an historical process, and we can trace pretty accurately the way in which it came to have the form most of us receive it in today. To be ignorant of that is to be ignorant of what, for Protestants, is the critical part of our faith; how can we really think that we have the knowledge to understand the whole of Scripture by our own efforts? Those who claim the Spirit inspires their understanding have a problem if that understanding is not that held by others who make the same claim. By all means, in this relativistic world, claim your ‘facts’ are preferable to my ‘facts’, but outside this world, some facts are just that – facts. Neither you, myself, nor anyone else we know encountered Jesus without knowing something about him, and if we know anything about him, we know something, even if it is something we dislike, about Christianity. It is typical of contemporary man to think he need know nothing about the past.

Are some Christians, as Jessica wrote last week, too judgmental? Yes, of course they are. Jesus knew better than anyone the way this temptation is one to which religious people can succumb. Historically, Christianity has always recognised this tendency, and ever and anon in its history, there have arisen movements to revolt against it – whether early monasticism, the Friars, the Lollards, the Reformation, the Jesuits, Baptists and so on and so forth, Christianity has evinced an ability to remind itself of its roots in repentance and amendment of life. We can, as modern man likes to, pretend that we are the first set of people to act in this way and to recognise that elements in the mainstream church or churches have become soft, complacent and lacking in vigour and evangelising zeal – but no one familiar with St Anthony, St Francis, John Wycliffe, Martin Luther, John Calvin or John and Charles Wesley is going to fall for such a perversion of our history.

All these men have in common one thing, a zeal for the Lord and a sense that the church in their time needed a shake up; being full of sinners, the Church usually does need shaking up. But the other thing they all have in common is that in time the movements they helped start began to exhibit the same symptoms they once criticised. The same is true of more modern Christian movements. It is arrogant folly of anyone to imagine that they can claim exclusive and new revelation, and worse for them not to realise the temptations such an attitude gives rise to.

Wherever I disagree with my Catholic friends, or my Anglican ones, I agree with them on much more. We are untied in a faith in a Christ we all see as the Second Person of the Trinity, and whom we read not simply through our own personal encounter, but through the encounters of many who have walked this way before us. We can take that illiterate contemporary view that somehow we are uniquely qualified to know the revelation of Jesus – or we can have the modest humility to learn from our ancestors. Religion is simply derived from a Latin word meaning to bind – and if we are not binding ourselves to Christ, then we do not deserve to be with those who were first called Christians in Antioch when Peter was the elder there.

15 thoughts on “Christianity and religion”