Last evening I was moved to look to see if an old college friend of mine was still living in Brooklyn and was thinking about giving him a call should his phone number be the same; for his phone and residence had  not changed in many decades. So, before calling, I Googled his name: Barnett Berger and added Brooklyn, NY to my search.

The first entry gave me the assurance that he was still at the same residence and his phone had not changed. But the second entry set me back and my heart sunk a bit as I took the content of this short post into my mind. Here it is in its entirety: (https://suehollisterbarr.com/barnett-berger-a-rare-soul/) 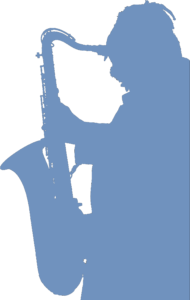 In a community of Brooklyn writers, it is perhaps fitting that Barnett Berger was first met on a bus route, the No. 71, which no longer exists.  He was carrying an old book that likely shares the same fate.

He explained that he spoke slowly because he’d suffered a stroke.  But his careful, unhurried speech…reminiscent of some smoky beat-generation coffee house of long ago…became his signature sound.  The drawn-out strains of classic jazz, which he lived for and listened to as he wrote, could be heard clearly as he read his poetry in his characteristic drawl.  We were once or twice able to guess the piece that had inspired a poem before he told us its name.

This music was Barnett’s life, his love for it so pure that his belief that he didn’t have the talent to play it only fueled his commitment to it as an ardent fan.  For Barnett, music was life’s all and everything, the very reason for our existence.  Like a consummately attentive lover, he appreciated the subtlest differences between recordings of the same work.  He knew his facts but would share them quietly, full of reverence for the mystery from which all art is born. 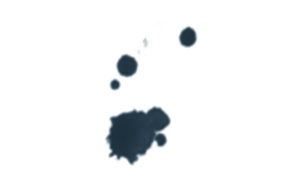 It had to be him; for I had not reached out to him for probably 10 years and we had pretty much lost contact. But how many other Barnett Berger’s in Brooklyn could there be who were such fans of jazz?

Barney and I had gone to school together at Long Island University and would go to small out of the way places (like Slug’s Saloon on the lower east side of Manhattan) to listen to some of the best jazz groups in the world. Slug’s Saloon was where the talented trumpet player Lee Morgan lost his life when he was shot while on stage by a girl friend. So when I say we went to out of the way places, I mean some of them were filled with junkies and in neighborhoods I would no longer go near in my present state of mind. But we were young and we felt invincible as do most early 20 year olds.

Barney visited me here in SC on several occasions and we enjoyed reminiscing and listening to jazz when he was here. But alas, all good things come to an end and we grew more and more distant and the visits ceased one year and that was that except for an occasional phone call to him.

The last time we spoke, he did not seem to be his old self. I am supposing now that perhaps he may have had the stroke that was mentioned in the above article. So I did not call again. I am sorry I didn’t.

I confirmed the guess that the article was my friend by calling his old college roommate who said that he had been contacted by the executor of the estate and that indeed he had been struck by a bus or a car and was pronounced dead immediately. I was also told that in his later years he had become religious and began attending synagogue; something new that I only had hints of his having an interest in renewing. Nor did I know that he began to write poetry though he was an intelligent man, having received his MSW from Columbia University.

God rest your soul, Barney. You were a good friend and your life was a mystery even to many of us who knew you. You lived alone all your life and I am to this day unsure if it was by choice or by circumstance. A mysterious loner and somewhat of an enigma to the end. I for one, will miss him for he reminds me of the uniqueness of every individual. Only God knows the secrets that lie in each of us and what makes each of us who we are.