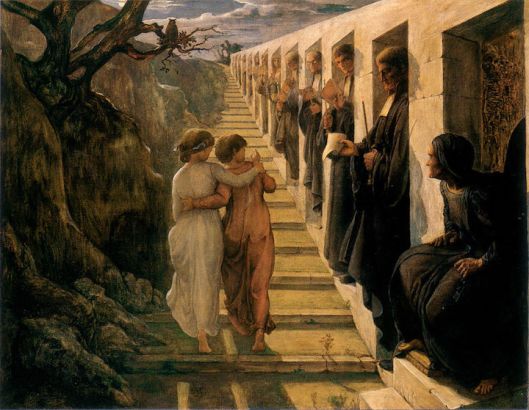 This is another great article that appeared in The Catholic Thing that was written by Fr. Thomas Weinandy. In his article he lets us see who the real neo-Gnostics might be in today’s world. We should think a bit more on this before we allow the progressives and modernists to hurl their slanderous comments toward their enemies willy-nilly. Enjoy.

There is much discussion today concerning the presence of a new Gnosticism within the Catholic Church.  Some of what has been written is helpful, but much of what has been described as a revival of this heresy has little to do with its ancient antecedent.  Moreover, attributions of this ancient heresy to various factions within contemporary Catholicism are generally misdirected.  To bring some clarity to this discussion of neo-Gnosticism first demands a clear understanding of the old form.

Ancient Gnosticism came in various forms and expressions, often quite convoluted, but some essential principles are discernible:

♦ First, Gnosticism holds a radical dualism: “matter” is the source of all evil, and “spirit” is the divine origin of all that is good.

♦ Second, human beings are composed of both matter (the body) and spirit (which provides access to the divine).

♦ Third, “salvation” consists in obtaining true knowledge (gnosis), an enlightenment that allows progress from the material world of evil to the spiritual realm, and ultimately communion with the immaterial supreme deity.

♦ Fourth,  diverse “Gnostic Redeemers” were proposed, each claiming to possess such knowledge, and to provide access to this “salvific” enlightenment.