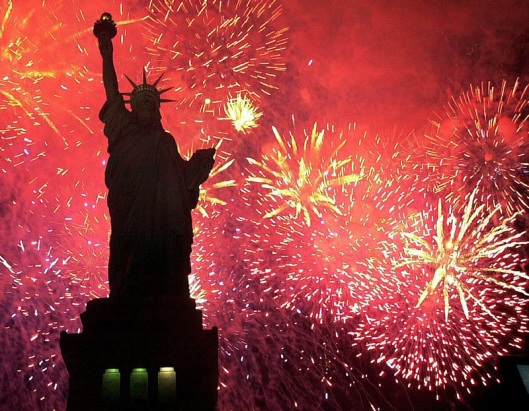 The main part of this post is one of the first posts Jessica wrote for my blog. It’s still one of my favorites, and I think it explains why there is something a bit special about America, that has drawn so many to our shores.

Not long after wwe met, Jessica asked me in an email,

Perhaps the parallel goes beyond just the early pilgrims? America is either a vision of what can be, or it is nothing.

That is the choice we face, and it’s a stark one. Either we are who we have always said we are, or we are just another slave state like Europe.The question must be answered by the American people, we already know what the government thinks, don’t we?

Churchill said, in the Grand Alliance

But I had studied the American Civil War, fought out to the last desperate inch. American blood flowed in my veins. I thought of a remark which Edward Grey had made to me more than thirty years before—that the United States is like “a gigantic boiler. Once the fire is ignited under it there is no limit to the power it can generate.

That is true, we are Americans, we can do anything, if we choose to. Is the fire under the boiler lighted? If it is not, the dream is over. If it is, anything is possible for us.

It strikes me that we often become bogged down in detail, in theory, in the mundane day-to-day stuff that we deal with. We tend to forget what it’s all about, and we shouldn’t. Almost from the beginning, America has been a dream; a dream of freedom above all, but also of material prosperity.

It was such a potent dream that Italian peasants told each other that the streets were paved with gold, although they knew what really awaited them was hard work, and bias against them because of their language and religion but, they came anyway, and if they didn’t have much but hard work and cramped tenements, their children did. And that’s really what the dream has always been: for our children to have a better life than we did. In the nineteenth century, Russian immigrants who had never had anything but black bread, except maybe on holidays, wrote home ecstatically that “in America, we eat wheaten bread every day.” And that too was part of the saga of America.

That’s what we have built over the last 400 years, a dream of freedom, of individual liberty, yes, but also of freedom from material want by virtue of hard work. And you know, as Jess is going to tell you again here, that is really pretty damned heroic as well. Here is Jess’ post. Neo]

When I was ten, I lived in America for a year – in the mid-West. I remember when we got to O’Hare airport looking at its size and marvelling; it seemed bigger than the town in which we lived in Wales. I recall going to St. Louis and seeing the Arch, and going up it and looking across the vastness of the city and asking my mother: ‘What is America for mummy?’ I can’t remember what she answered – she probably thought it was me trying to be clever; but it was a real question, and one I came to ask a few times whilst I was there.

I think I asked it for the reason many foreigners ask – there is something different about America.  I remember going with my mother to a Kiwanis Club and being struck by the way everyone put their fist on their breast as they swore the oath of allegiance to the flag. Indeed, I was so impressed that I memorised it so that the second time we went, I could do it too. I remember a nice man smiling but saying that I couldn’t do it because I was not an American citizen.  ‘How do you get to be one of those’, I asked? ‘Well, little lady, you could always marry an all-American boy’, was the answer.  I think I said something about ‘smelly boys’ and never wanting to get married because I wanted to be a nun. But a bit later I recall thinking that maybe the kind man had a point.  America, the very idea, seemed Romantic.

My father was fifty when I was born, and his tastes in movies became mine. When other teenage girls were swooning about Kevin Costner (really???), I was dismissive. John Wayne was my hero – and remains so. He summed up America for me. Strong, but never boastful about it. I remember crying when I saw ‘The Man who shot Liberty Valance’ – it was so unfair – it was Tom Donovan, not Ransom Stoddard who shot Liberty Valance, so why did the latter end up with the girl? Huh, I remember thinking, if I had been ‘the girl’ there was no way I’d have chosen Jimmy Stewart over John Wayne – what was she thinking?  But, as Tom Donovan might have said: “Whoa, take ‘er easy there, Pilgrim”.

The film’s message, which passed me by in my indignation, was about the passing of the old West, and the place of myth in the making of a nation. America is a nation built around myths and legends. That is not to say they are wrong, it is to say that those movies told a bigger story about the making of a great nation and what made it that. All nations need myths, and the point about the American one seemed to be encapsulated in my second favourite John Wayne film – ‘She wore a Yellow ribbon.’ Captain Nathan Brittles was the quintessential quiet American. A man who, having lost his family, was married to the army, and who did his duty, no matter what. My teenage heart went out to him, and I was very sniffy about the heroine going off with those ‘boys’ rather than a ‘real man’.

What John Ford caught in those films – especially the great trilogy which began with ‘Fort Apache’ and ended with ‘Rio Grande’ – was the very idea of America.  Call me a Romantic (no, do) – but that idea of America remains with me to this day. God Bless America – the land of the free.

I think Jess is very right, America is romantic, and yes, you can call me one too. But if we take the romance, and yes the legend and the saga out of our history, we are left with a strip of dirt, and just another group of people. That’s not my America, either. Here’s a piece of the legend. Neo