I thought this might be of some interest since it shines a light on some other reasons for the Crisis in today’s Church. I would be particularly interested in the thoughts of Nicholas, Phillip and others about this (Bosco, excluded). This was found at http://www.fisheaters.com __ Scoop 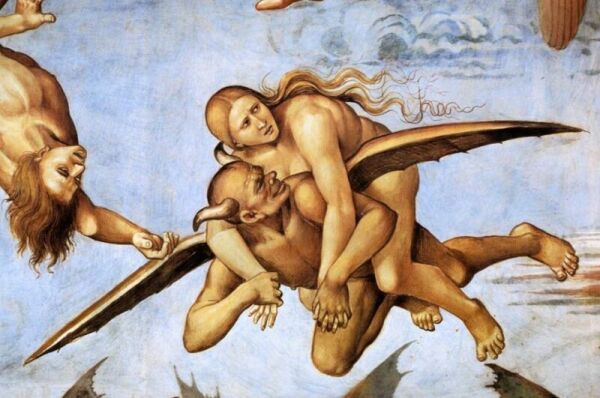 This interview was originally published in the June 2000 issue of 30 Days, a Catholic magazine based in Italy.
The Smoke of Satan in the House of the Lord

30 Days: Father Amorth, the Italian translation of the new Ritual for Exorcists is finally ready.

Father Gabriel Amorth: Yes, it is ready. Last year the CEI didn’t want to approve it because it contained errors in the translation from Latin to Italian. And we exorcists, the ones who would have to use it, we took the opportunity to point out that, on a number of points, we were in disagreement with the New Ritual. But the underlying Latin text has remained the same in this revised translation. This long-awaited Ritual has turned into a farce. An incredible obstacle that is likely to prevent us acting against the demon.

30 Days: A heavy accusation. What is it that you are thinking of?

Fr. Amorth: I will give you but two examples. Two spectacular examples. Point 15 treats of evil spells and how one should behave when dealing with them. An evil spell is an evil brought about on a person by means of recourse to the devil. It can be accomplished under a variety of forms like spells, curses, the evil eye, voodoo and macumba. The Roman Ritual used to explain how one should confront it. The New Ritual on the other hand categorically declares that it is absolutely forbidden to perform exorcisms in such cases. Absurd. Evil spells are by far the most frequent causes of possessions and evil procured through the demon: at least 90% of cases. It is as good as telling exorcists they can no longer perform exorcisms. Then Point 16 solemnly declares that one should not carry out exorcisms if one is not certain of the presence of the devil. This is a masterstroke of incompetence: the certainty that the devil is present in someone can only be obtained by carrying out an exorcism. What is more, the authors of the Ritual failed to notice that on two points they were contradicting the Catechism of the Catholic Church. For this points out that exorcism should be practiced in cases of diabolical possession and in those of evil caused by the demon. And it also recommends that it be performed on people as well as on things. And in things, there is never the presence of the demon, there is only his influence.

The declarations contained in the New Ritual are very serious and very damaging. They are the fruit of ignorance and inexperience.

30 Days: But wasn’t the New Ritual put together by specialists?

Fr. Amorth: Not at all! During these last ten years, two commissions worked on the Ritual; one which was made up of cardinals and which was responsible for the Praenotanda, that is to say the initial provisions, and the other which was responsible for the prayers. I can affirm with certainty that none of the members of these commissions had ever performed an exorcism, had ever been present at an exorcism and ever possessed the slightest idea of what an exorcism is. Here lies the error, the original sin of this Ritual. Not one of those who collaborated on it was an exorcism specialist.

30 Days: How is that possible?

Fr. Amorth: It is not me you should be asking. At the Vatican II Ecumenical Council, each commission was aided by a group of experts who assisted the bishops in their work. And this custom was kept up after the Council, every time that parts of the Ritual were redrafted. But not this time. And yet, if there were ever a subject that demanded the participation of specialists, it was truly this.

Fr. Amorth: And yet we exorcists were never consulted. And what is more, any suggestions that we were able to make were unfavorably received by the commissions. It is a paradoxical history. Do you want me to tell you what happened?

Fr. Amorth: As Vatican Council II had requested, the various parts of the Roman Ritual were gradually revised. We exorcists were waiting for title 12 to be addressed, that is to say the Exorcism Ritual. But apparently this Ritual was not considered an important subject, for the years went by and nothing happened. Then, quite unexpectedly, on 4 June 1990, there was published a Ritual ad interim, that is a trial Ritual. This was a real surprise for us, as we had not been consulted beforehand. And yet we had prepared a whole series of requests in view of the Ritual’s revision. We were asking, among other things, that the prayers might be amended so that invocations to the Virgin, which were completely absent, might be incorporated, and that the number of prayers specifically relating to exorcism might be augmented. But we were not given the chance to make any kind of contribution. However, we were not discouraged: after all the text had been drawn up for us. And as in his letter of presentation, the Prefect of the Congregation for Divine Worship at the time, Cardinal Eduardo Martinez Somalo, had asked the Episcopal Conferences to send in, over the following two years, “any advice and suggestions made by priests who would make use of it”, we got down to work. I brought together eighteen exorcists, chosen from among the most expert on the planet. We examined the text with great attention. We used it. We immediately commended the first part in which the evangelical foundations of exorcism were summarized. This part deals with the biblical and theological aspect of the question, and on this head no lack of competence was apparent. It is a new section not found in the Ritual of 1614, which was composed under Pope Paul V; besides, at that time, there was no need to recall these principles, since the whole world knew them and accepted them. Today, on the contrary, this is indispensable.

But when we came to examine the practical part that demands a specific knowledge of the subject, the total inexperience of the writers really showed through. We made numerous observations, article by article, and we sent these on to all interested parties: the Congregation for Divine Worship, the Congregation for the Doctrine of the Faith, end the Episcopal Conferences. One copy was handed directly to the Pope.

52 thoughts on “Interview with Father Amorth, Exorcist, on the Reform of the Rite of Exorcism after Vatican II”