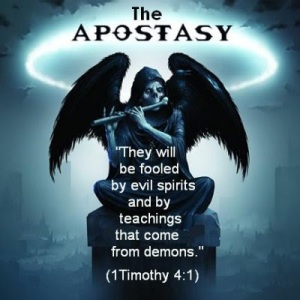 I’m not going to comment my opinions on this article, although I suspect you all know them, but I do want to bring it to your attention. It deals with the Catholic Church in the United States. I expect many Americans of other churches and other nationalities of almost all churches will see something familiar in it. By George Neumayr in The American Spectator.

The post-Vatican II Church has bred many of her own destroyers. Joe Biden is the premier example of this phenomenon. He is the anti-Catholic “Catholic” who persecutes his own church. He represents a political class of bad Catholics that grows larger with each passing year. […]

The U.S. bishops, as a whole, lack the will to withhold Communion from Biden, even though canon law says that they not only have the right but the duty to do so. Canon 915 “obliges the minister of Holy Communion to refuse the Sacrament” to those in “manifest grave sin.” If Biden’s direct facilitation of the killing of unborn children doesn’t fall into that category, what does?

For decades, dust has gathered on the unused canon law books of the bishops. We are not Eucharistic gatekeepers, they have said over the years, explaining why they don’t enforce canon law against enemies of Church teaching. Such a claim would have come as a surprise to the Church’s first bishops. Jesus Christ told the apostles that the good shepherd watches the gate, lest his flock be eaten. […]

Of course, no such dialogue ever happens. This is the so-called “pastoral” approach that has emptied out the pastures of the Church and exposed the flock to wolves. Future historians may find it perplexing that the most pro-abortion administration ever was headed up by a “Catholic,” but it is not. This scandal was a long time coming. Through laxity and heterodoxy, the bishops allowed a class of pro-abortion nominal Catholics to crop up, from Mario Cuomo to Joe Biden. And even at this late date, even as Biden takes direct aim at the Little Sisters of the Poor and other Catholics, the bishops still won’t take decisive action against him.

Do read it and comment here, this is something that matters to all orthodox Christians.