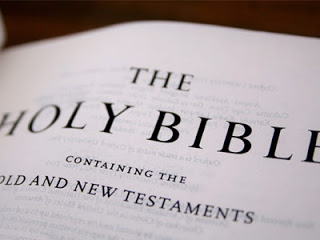 I read a lot, not least books about the Bible and our faith. If, as I believe, Scripture is the ground of everything, then it seems to me the more I know, the better. But I do sometimes wonder? I used to be fascinated by the arguments to and fro over the “historical Jesus” before it hit me one day that most of them were barking up the wrong tree – how so?

The earliest parts of the New Testament concentrate on the central message that Jesus, who died on the Cross, has risen and that as a result the hopes set out to the Jews in what we call the Old Testament are now given to all who will receive him. If you believe it’s all made up, you have to ask why anyone would start there? The Cross, that ultimate image of humiliation and suffering? If you think it’s all made up, then you’d have to explain how a conspiracy spreading from Judea through the whole Mediterranean world picked such an unlikely story.

Think just how unlikely. The things that the earliest accounts all have in common are the things their contemporary world would have found hardest to believe. Jesus did miracles. He was identified as a criminal and given the appropriate sentence. He rose again from the dead. He was the summation of the Hebrew Scriptures. He forgave sins which only God can do, and if you believed in Him you would secure everlasting life. What, in that list, attested in every Gospel and the earliest records of Paul’s teaching, would have convinced your average Jew or Gentile? Indeed, you can see why the Jerusalem Church tried to insist that circumcision and kosher food remained essential, because for many Jews the latter was a big negative. But Paul stood up and said “no” and “no” it was.

The Gospels are just that – a message. They were not designed by historians or to be read literally. That’s not to say they are not true, but it is to ask questions about what “truth” means in this context. A poem is “true” but not in the sense an historical narrative is. The two genres work, and are designed to work, in different ways and to treat a poem in the way you’d treat a work of history is to ask the wrong questions in the wrong way. To treat, as C pointed out the other day, Genesis as a scientific treatise in to use the book in a way not one of its authors meant it to be. Revelations looks, from a literal point of view, mad, but then so does Ezekiel, but once you know something of the genre of the Apocalypse, you begin to see what they are meant to be doing and how to read them.

Now you might say ‘well Jessica does not believe in the literal truth of the Bible,’ to which my response is, ‘you are right, because your use of the word “literal” is inappropriate. A literal reading of “Little Gidding” tells you its about a visit to a church in Cambridgeshire. That’s actually the least interesting thing in the poem, even read literally. If you would be mad to read Eliot’s great poem that way, why do it to the greatest work of literature ever assembled between one set of covers?

Now contemporaries knew what the message was an how to receive it, and if we read with the eye of faith and in prayer, we, too, with help, can do so, but we need to get away from our society’s obsession with literalism. We need to rediscover the joy of meditative reading, of poetic reading, of finding the truth spelt clearly for the faithful reader. Yes, the Bible is a book for all time, our mistake, so often, is to read it with the wrong spectacles on asking the wrong questions of it.

Jesus said to her, “Woman, what does your concern have to do with Me? My hour has not yet come.”

But He answered and said to the one who told Him, “Who is My mother and who are My brothers?”

These are used by some Protestants to argue that Mary was not very important and that those of us who venerate her are mistaken – ‘look, it’s in the Bible.’

Yes it is. But how are they reading it? No one read these passages that way for most of the history of Christianity. Not a single Church Father thought Jesus was disrespecting his mother. After all Jesus believed in the Commandments and in honouring your father and mother. Jesus’ last action with her was to commend her to the care of St John, hardly the act of one who did not care. Moreover, every Church Father knew how a good Jewish boy regarded his mother. Those who read in the tradition and faith knew these things, and know them still: tradition, faith and reason help us read aright.

Now, if you live in a patriarchal society where women are at best second class citizens, and if you know nothing about Jewish customs or life in the Holy Land, and if all you have to go by is what you think the Scriptures mean, and if in addition, you have an axe to grind with the Catholic Church, it’s easy to see how you might get those passages badly wrong and assume Jesus was disrespecting his mother. But really, how purblind can you get? Do you really think that? On the balance of reason? ‘But it’s in the Bible!’ they say. ‘No, it’s in your head and you put that spin on it,’ I reply.

That is why we read in faith, through tradition and reason. If your reading, unaided by the tradition of the church gets you to a point where your version of Jesus breaks one of the Commandments and treats his mother like a jerk would, it’s time to get help and learn how to read the Bible.

At this point, I duck behind a headge! Have a blessed Sunday.

33 thoughts on “Reading and seeing”