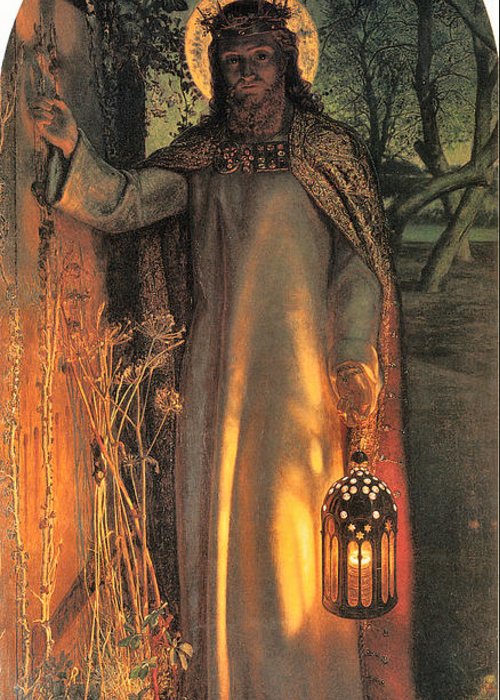 9 At that time Jesus came from Nazareth in Galilee and was baptized by John in the Jordan. 10 Just as Jesus was coming up out of the water, he saw heaven being torn open and the Spirit descending on him like a dove. 11 And a voice came from heaven: “You are my Son, whom I love; with you I am well pleased.”

Thus we read in St Mark, and thus did St John Paul II begin the Luminous Mysteries of the Holy Rosary of the Blessed Virgin Mary.

One of the most frequent words used in Scripture to describe Jesus is “Light.” Jesus tells the people that He is “the light of the world,” while St John reminds us that the “light” came into the world but the world heeded it not because men preferred the darkness which hid the evil that they did. But we are told, also, that the darkness did not overcome the Light. Here, in the first of the Mysteries of Light, the Light of the World is revealed, and as we know, though the world, in the sense of the worldly, rejected Him, He prevailed and will triumph; but here, for the first time, parts of the world see Jesus for who He is – the Son of God.

And yet how strange. Isaiah told us that:

The people walking in darkness
have seen a great light;
on those living in the land of deep darkness
a light has dawned.

But why does it dawn in this way? We are told in Hebrews:

15 For we do not have a High Priest who cannot be touched with the feelings of our infirmities, but was in all points tempted as we are, yet without sin.

So why, if He is without sin is baptism the first revelation to the wider world that Jesus is the Light of the world? It is precisely because He is like us in every way, and in being baptised He makes baptism sacramental. It is our entry into His Church. Just as Jesus submitted to the humiliation of death upon the Cross for us and for our salvation, so He submits to baptism; where we go, the Incarnate Word has already been.

We see, in the Baptist’s reaction a recognition that he is not worthy to baptise the Son of God, yet Jesus insists, and John submits his will to that of God. The result of that obedience is that the Heavens are opened and God speaks. We see, here, how close Heaven is and the way to it; if we will submit our will to God’s, then the Kingdom of Heaven is, indeed, at hand.

Jesus begins His Ministry as He would continue it, identifying Himself with the sinners and the outcasts. The Baptist, like us, questions when he thinks he knows the answer. Jesus is the one for whom he has been preparing the way, so there is no way He needs to be baptised. God knows better. How often are we like the Baptist?

In Christ’s obedience the eyes of others are opened and His identity confirmed. If we love Him then we will respond to His love, and one of the fruits of that is obedience. We are not left alone, the Spirit is with us always, and the Church into which we are baptised is His Church and is here for us. The recognition of who Jesus is was the beginning of His earthly Ministry, and for us, it is the beginning of our life in Him.

I understand the arguments of those who would restrict baptism to adults, but my heart tells me that if the Apostles baptised whole families, so should we, and I know from my own experience, that the mark of infant baptism has been a gift of Grace for which I have always been grateful to my parents, well, to be honest, to my mother, as my father could not have cared one way or the other.

But Baptism is just a beginning, a vitally important one, but unless we persevere, then its fruits will be limited. How often do we wish we could see more clearly, rather than through a glass darkly? But how often do we remember that too much light in this world can be used as an instrument of torture? There is a limit to the light mankind can bear. We need faith, for, as the author of Hebrews reminds us:

Now faith is the assurance of things hoped for, the conviction of things not seen. 2For by it the people of old received their commendation.

The Baptist is shown the Truth, we are given the assurance of hope.

So, we begin the Mysteries of Light on Jordan’s bank with the Baptist night and with the Lord setting us an example. We shall continue them with His first public miracle, which is another sign that the Dayspring from on high had dawned on the world.