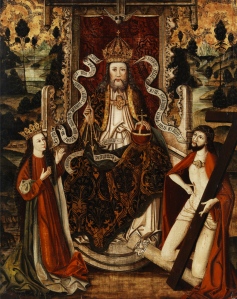 Gene Veith at Cranach had an interesting post yesterday on whether the Christian virtues can survive without Christianity. I think this ties in well to mine on NEO today on the immorality of Christian clergy supporting BLM, instead of continuing our own mission, the most successful in helping the disadvantaged in history, by far. Here’s part of Gene’s article.

The secular British historian Tom Holland has published a new book entitled Dominion:  How the Christian Revolution Remade the World (Basic Books).  Here is the summary from Amazon.com:

Crucifixion, the Romans believed, was the worst fate imaginable, a punishment reserved for slaves. How astonishing it was, then, that people should have come to believe that one particular victim of crucifixion-an obscure provincial by the name of Jesus-was to be worshipped as a god. Dominion explores the implications of this shocking conviction as they have reverberated throughout history. Today, the West remains utterly saturated by Christian assumptions. As Tom Holland demonstrates, our morals and ethics are not universal but are instead the fruits of a very distinctive civilization. Concepts such as secularism, liberalism, science, and homosexuality are deeply rooted in a Christian seedbed. From Babylon to the Beatles, Saint Michael to #MeToo, Dominion tells the story of how Christianity transformed the modern world.

His book shows just how different Christian values and ethics were from those of the Greeks and the Romans and how the Christian mindset has prevailed in Western Civilization even among his fellow secularists.  (Holland is an atheist.)  The Greeks, for example, considered compassion, for example to be a weakness, not one of the highest virtues as Christianity made it.  The principle from Christianity that all human beings have equal value was incomprehensible to the hierarchies of ancient Rome.  Today we assume that peace is better than war, a legacy of Christianity utterly foreign to the ancient Greeks, Romans, and European tribes.

It’s something that is easy to forget, and mostly we have.

Holland appears to think that it’s possible to have the fruits without the faith, to have Christian influence without the Christianity.  Strand, however, disagrees:

Christian ethics cannot be about merely upholding and claiming certain values that flow from the Christian faith. That would be to mistake the fruit from the tree. The very center of the Christian life is not what the cross teaches us morally but what the cross did for us in atoning for our sins and bringing us from life to death in the resurrection of Jesus from the dead. The transformation of the person from death to life and the ultimate union with the Triune God in the City of God is the goal of all Christians. Their works of mercy and sacrifice for neighbor and their culture-building over millennia are a testament of this transforming power. We make a mistake if we think the fruit is the goal or that we can separate the fruit from the tree that produced it.

I would say that although principles such as love, equality, compassion and the like are still dominant, even among the secularists, they are starting to fade.  Certainly those who no longer believe in the key Christian teachings of atonement and redemption will have difficulty with the concept of forgiveness, and we are seeing that.  Secularists today say they believe in equality, but they are also demonizing and deriding the worth of those with whom they disagree.  And the strange embrace of abortion on the part of so many secularists, even liberals and progressives, undercuts their claim to be compassionate and supportive of the powerless.  It is, in fact, a reversion to the Greco-Roman practice of infanticide, with everything else that implied about the value of human life.

I should at this point go on and add examples of my own, but two things, I think this is perfectly lucid, clear, and self-evidently correct. Our morality will never stand on its own, its foundation is in our hope of redemption, not in earthly values. To claim otherwise is sophistry and sophistry which history has shown to be false. Without the hope of redemption, we return to the dog eat dog world of Greece and Rome, where the only reason for doing anything is self-aggrandizement. We see that happening already in our so-called elites, who are mostly post-Christian, for not believing in God, they seem to only believe in earthly acquisition and what may be even worse, they seem to think this is a zero-sum game.

Well, Christ taught us better, as they will find out one day. After all, the Lord did say, “Vengeance is mine”. And as I’ve said a few times, without hell there can be no heaven.

32 thoughts on “Christianity without Christ?”