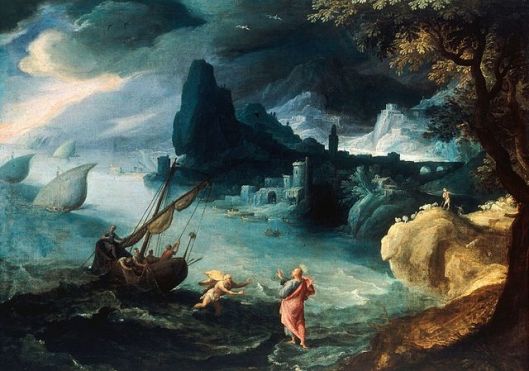 Objection: The affirmation of the Resurrection as a miracle is connected to the event itself, a position that rejects, a priori of the miraculous would leave no room for the Resurrection as the Gospels teach it.”
First off, I’d simply point to the picture and ask, “If you had no idea of the miraculous, wouldn’t you have some understanding seeing this event transpire?”

Therefore, No affirmation of the existence of miracles is necessarily needed to witness an event that would be described by one with priori knowledge of miracles as miraculous.

If one did not have the concept of a miracle– or apathetic to the idea–prior to or have a knowledge of miracles before the Resurrection, but had the basic knowledge that dead people do not come back to life; then one would simply have to conclude the very nature of the event is outside of the realms of natural occurrences. If someone knows that people who are dead, by rule, do not come back to life then they would have to formulate a concept for the supernatural as a response to a new discover, thus they would now attain the concept of the miraculous.

The attainment of knowledge of the miraculous (the first reception) from a miraculous event would need to precede any sort of priori concept of the miraculous because if it were required that one needed such knowledge there could never be any miracles that could be recognized to be such as Aristotle, and Aquinas agrees, that all knowledge comes from the senses.

Although, I’d be willing to be more persuaded if one argues from Augustine’s Divine Illumination theory.

Make sure to pre-order my new book: The Birth of God in Historical Context: An Examination of the Infancy Narrative of Jesus Christ:

19 thoughts on “Do Miracles need a priori knowledge?”

A life with donkeys