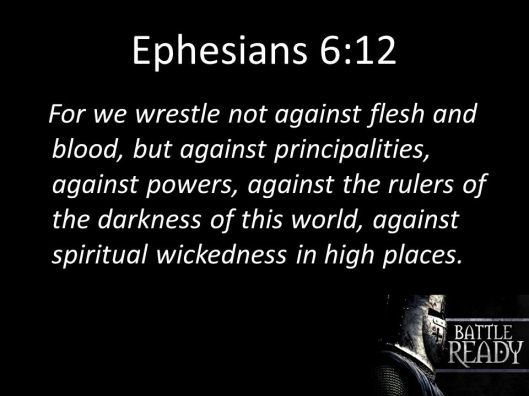 Preliminary note:  For the last two nights, I have had nightmares.  Last night was as bad as anything I have ever had and it was incredibly real.  As I wrote this post, I had the dreaded BSOD.   Hasn’t happened for long time and I was freshly rebooted.  Coincidence?

Under another post, about Akita, Communion in the hand, and homosexuality, I mentioned that certain vile sins – I’ll spare you – invite demons to attach themselves to the people who commit them and to the places where they are committed.

When I travel, one of the first things I do is bless the hotel room or place I am staying with Holy Water blessed with the older, traditional form.

Given that The Present Crisis is grounded in homosexual sins and cover ups by those who perpetrate them, we must also consider the other, dire spiritually corrosive effects of the demonic which of necessity infiltrates when sodomy is committed.  Also, the effects of sodomy will be graver because they also involve sacrilege.   When a priest, a consecrated person, commits sodomy, he also commits the sin of sacrilege, because he is a consecrated person.

I suggest that demons revel in that opportunity and tenaciously latch onto any place where sacrilegious sodomy is committed.

If I were a diocesan bishop, I would quietly give all my priests the permission to use Chapter 3 of the traditional Roman Ritual‘s rites of exorcism.

Chapter 3 covers exorcism of places.  I would give the priests permission to use it and then tell them that they should use it

Some time ago, I recorded the Latin of Chapter 3 and said that I would make it available to priestswho request it.

The Devil hates Latin.  The Devil is also quite legalistic.  It is best to use good, clear Latin at all times when dealing with Hell.

NEVER FORGET:  Just as sacramental effects are not less real just because we can’t see, touch, hear, taste or smell them, so to other supernatural realities, such as the infestation or oppression of the demonic.

Something important about the priest’s true identity has been obscured by the busyness of his daily life stretched out over years and years and years.   Couple that with the enervating long-term effect of celebration of weakened worship, with its deficient explication of priestly identity, and we have a real problem.

Priests and bishops and lay people alike need to wake up to who the priest is.

7 thoughts on “THIS IS WAR! Wherein Fr. Z calls on bishops and priests to FIGHT BACK as priests and bishops!”