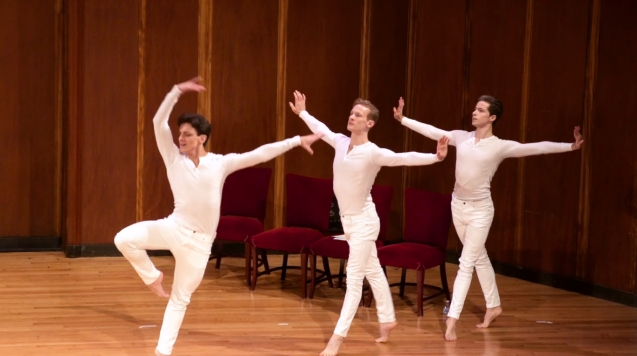 The recent information concerning “Uncle Ted” McCarrick and his sexual abuse of children and seminarians simply enrages most of us. These are a few thoughts that cross my mind as we continue to slip down that slope which leads to ruin.

Well, Christ chased the money changers from the Temple and stated that: “My house shall be called the house of prayer; but you have made it a den of thieves”. __ Matthew 21:12, 13

And Francis has chased from the Church all men who simply want to pray in God’s House by placing over them priests and bishops who would rather play than pray. The many “merry fairies” of today’s hierarchy are not Pharisees, as that is a name that Francis likes to use to castigate those rigid believers in the teachings of the Church and the Gospels. No, these are predators and con-men who deceive children and seminarians into unspeakable sins, lead souls to hell and steal from the collection plates money to pay for their male prostitutes, gay orgies, expensive travel and gifts for their boyfriends. So unlike the pharisees you neither want to do what they say nor do as they do.

Perhaps we might pray that Christ manifest himself to every wayward priest or bishop throughout the world, take cords and whip them, chasing them from the Church whilst crying out: “My house shall be called the house of prayer; but you have made it not only a den of thieves but also a den of iniquity.”

So, Christ cleanses the Church of the leaders who profit from the people’s love of God and prayer. And by their actions and deeds, Francis, in contrast, cleanses the Church of ordinary men who simply want to lead a simple Catholic life of prayer, faith and love. But theirs is not the same sort of love that seems to be embraced by the priesthood and the hierarchy at the moment. To wit, faith and prayer seem to be the furthest thing from these clerics right now or perhaps it never was.

Do we wonder at the empty pews and the drop in contributions to the Church? Do we wonder why only a few progressive liberal men are scattered about and almost no adolescent boys?

Men do not trust the politics and the antics of the Church anymore. They have abandoned the traditions and they no longer speak to the salvation of souls but to left wing political causes such as equality for women, LGBT rights and “accompaniment”, or the plight of the poor illegal aliens who are about to break the backs of hard working Americans who are funding the bills to house, educate and subsidize these non-citizens in a way that is above and beyond what a tax-paying citizen is entitled to under our state and federal laws.

Real men are getting tired of being called xenophobic, homophobic and racist. We’re tired of being called pharisees and other pejoratives for simply wanting to live the faith of our fathers. The rhetoric is getting old and we are getting older and wiser ourselves. Do you really think that you can bully these men into giving more to the Church or will they finally get the hint that this Church is for liberals only and that straight white traditional and conservative males are no longer welcome? And you wonder why you must sell Church property to pay for the lawsuits against your abusive priests or champion illegals to get the Federal monies that you cannot collect any longer from the laity?

The Gay Mafia in the Vatican is more intent on directing our attention to matters like global warming  and attempting to distract us from a look behind the curtains of our seminaries, dioceses, USSCB or the Vatican boys club et al. No, lets not look there. Move along; nothing to see here.

Do you really envision a Church of women, a few children (everyone uses contraception), and homosexuals of all stripes? What man would want to attend a Church like that? And what man would want his son to become an altar boy or priest?

Well we are now getting just a glimpse of what is going on in Bergoglio’s new Church and the type of persons that he holds in high esteem; that “merry little band” in the Bergoglian inner circle. Don’t expect me to drop a dime in the collection basket until they clean out the Augean Stables. I’d hate for my money to be spent to pay off abuse victims and to push forward some left leaning progressivist political agenda. As for me I prefer the Faith and Traditions of the Ages. An effete and effeminate Church would simply make me ill.

By the way, God is King, not the brood of vipers who are Bergoglio’s minions.

11 thoughts on “Francis and his band of “merry” men(?) are driving real men out of the Church”