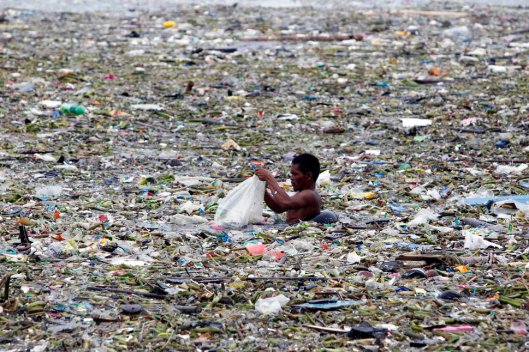 As I think back to my youth, something which is getting harder and harder to do, we packaged our drinks in reusable glass, wrapped our dry goods purchases in paper and string or else placed them in cardboard boxes. We also got our groceries packaged in brown paper bags; all of which were biodegradable and came from renewable resources.

Now, we see the left lecturing us and the world about drowning in a sea of plastic. Well, duh, please tell us now what we should use in its place since you don’t like the other alternative that you already replaced. Do you have a new packaging material in mind or is it just a general observation meant to point the finger at big industry or Republican congresses and presidents?

Back on the ranch, the Republicans mostly would like us to return to the reusable glass and the biodegradable paper of yesteryear so that we can look at the other filth and garbage that the Democrats have saddled us with. These are, of course the untouchable immorality issues that they endorse as a positive good for the country; just like saving the planet from the destruction of trees and creating an oil based, fossil fuel based alternative. They would rather fret and wring their hands about anything that is connected to fossil based fuels, as you know. Of course their electric cars are all the rage though they are recharged with electricity that is produced by coal burning electrical plants. But they will turn their ire on these cars as soon as they get that figured out or when the oceans and landfills are loaded up with lithium from their batteries.

Yes, I guess I just see these leftists as dogs who chase their own tails and when they catch them and then bite them they simply change their direction from chasing it clockwise to chasing it counter-clockwise. Very intelligent bunch you know.

But they do love to have their sacred cows: abortion, pornography, gay sex, gender neutral bathrooms and other terribly important ‘rights’ and privileges that are now in vogue and might gain them a vote or two from some fringe groups. If you get enough fringe groups in your party I suppose you might win a few elections. So too, now is the open border debacle that they have embraced. If they could only turn them into a large group rather than a fringe group it would mean more elections and more leftist progressives to tell us all of the wonderful stuff that they know; which shouldn’t take long at all.

And with that, I end my rant for the day.

2 thoughts on “Drowning in Filth”

A life with donkeys