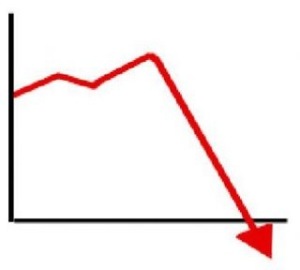 Several things caught my eye in Philip’s excellent article the other day. I hate writing posts in commboxes (although I do it far too often), so I thought I would discuss it here.

The first comes from the Catholic Herald, always a good source of information.

[O]n 8 April, I made the 2.5-hour drive to the National Shrine of Divine Mercy Shrine in Stockbridge, Massachusetts for Divine Mercy Sunday. And how could I not? Judging by the licence plates in the parking lots, pilgrims travelled from every corner of the United States. According to the programme, many more flew over from Europe. I practically live down the street.

It was a deeply moving occasion, despite Mother Nature’s lack of cooperation: it was finger-numbingly cold, with snow flurries dropping in and out. Yet 15,000 pilgrims descended on the little mountain town, bundled in parkas and blankets. Some charitable souls drifted through the crowd passing out hand warmers.

Aside from the official proceedings, what struck me most was the demographic make-up. There were Hispanics, Filipinos, Africans, and Chinese – but hardly a Caucasian in sight. That’s grossly unrepresentative of the national Catholic population: 59 per cent are white, 34 percent are Hispanic, 3 per cent are Asian, and 3 per cent are black.

Of course, this has nothing to do with race and everything to do with trends in migration. Immigrants, whatever their faith tradition, tend to be more devout than their native-born counterparts. This is true even in countries like Sweden, where predominantly-white immigrants from Poland are contributing to a boom in the Catholic population.

But are these new Catholics a permanent feature of American and Western European countries? That seems doubtful. A new Gallup polldemonstrates that the rate at which Catholics attend Mass continues to fall since 1955, from 75 per cent to 39 per cent. This, despite the fact that the nominal Catholic population has grown considerably thanks to mass immigration from South America. Meanwhile, attendance at Protestant services has remained fairly stable.

The lack of Protestant immigration actually gives them an advantage with this metric. The children or grandchildren of immigrants who stop practising the faith are more likely to identify – if only nominally – with their family’s religion. Because Catholic immigration is so high, there are many “cultural” or “lapsed” Catholics: those who identify with the Faith, but don’t attend Mass. Meanwhile, Protestants who have “un-churched” are more likely to identify as irreligious.

True enough, out here the Catholic Church is made up of probably close to a majority of Hispanics, of all ages, and who are treated quite badly by the established Anglo congregations, to the point of nearly two churches in one building. A good many of the Anglos strike me as mostly CINO’s (Catholics in name only). Given it is Hispanic immigration, I don’t see it as much in the Protestant churches but suspect it is mostly a lack of Hispanics not a difference in attitude.

The funny part is, Islam also has this problem, they too are losing the immigrants’ children.

Here, again, Pew’s study of Islam in America is enlightening. Nine per cent of ex-Muslims converted to a different faith, and one per cent said they were actively searching for a spiritual path. That means only 10 per cent remain open to engaging with organised religion. The other 90 effectively become secular or “spiritual-not-religious”, which usually amounts to the same thing.

Apparently, it is something in the air in America. part of it, of course, is the churches themselves, I’m not a particularly regular attendee myself. My local church is good on liberal platitudes, on real (what some call, muscular) Christianity, not so much. Other choices such as LCMS are quite inconvenient for me, perhaps it will solve itself, or God will show me a way, but for now, that’s how it is.

In a Federalist article, Mathew Cochrane notes that one of the weaknesses of our churches is that we are driving away men. He quotes Ross Douthat’s “God and Men and Jordan Peterson” New York Times column to good effect.

The men fled; the women stayed.

That’s the story of Easter weekend in the New Testament. Most of Jesus’ male disciples vanished when the trouble started, leaving his mother and Mary Magdalene and other women to watch by the cross, prepare his body for his burial, and then (with the men still basically in hiding) find the empty tomb.

Male absence and female energy has also been the story, albeit less starkly and dramatically, of Christian practice in many times and places since.

Except that is not true, all concerned missed the real story, didn’t they? How many times had Jesus told them he would rise from the dead? None of them, not a single one, believed Him – they went to the tomb to properly prepare his corpse and were gently chided by the Angel:

“Why do you seek the living among the dead? He is not here, but has risen. Remember how he told you, while he was still in Galilee, that the Son of Man must be delivered into the hands of sinful men and be crucified and on the third day rise” (Luke 24:5-7).

There is also this,

As one blogger quickly pointed out, two key issues with Douthat’s presentation of the story highlight a disregard for men. First is the enormous factual error: Joseph of Arimathea and Nicodemus, both men, were actually the ones to prepare and bury Jesus’ body (John 19:38-42) while the women watched (Luke 23:55-56) and returned with additional spices several days later. Unlike Douthat, Mark the Evangelist is quite right to observe that Joseph “took courage” before going to the guy who just had Jesus executed and asking him for the corpse (Mark 15:43).

Yep, that’s how you are going to attract men, NOT.

67 thoughts on “Something in the Air”