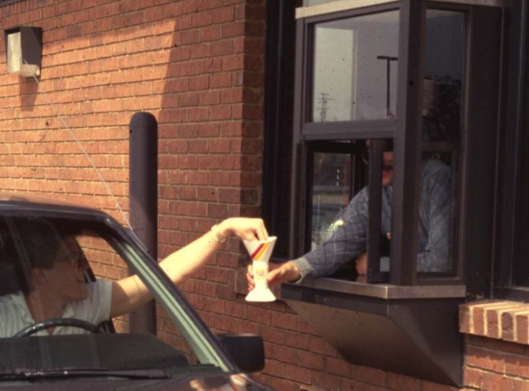 It seems to me that as we ‘progress’ along the lines of the new and novel Spirit of Vatican II Church, we might not really need more priests at all. It seems that the laity do most everything now anyway (both male and female having an equal opportunity to carry out the vast majority of functions).

For anyone in the laity can and does act as servers for the priest, they are lectors, they act as ushers and usherettes as well as extraordinary (excuse me: Eucharistic) ministers, and take Communion to the sick and sometimes preside at Eucharistic Services in the absence of a priest. At present the only thing that they cannot do is absolve sin, read the Gospel, give the homily or institute the Eucharistic Sacrifice itself. Even though we have those who have pushed for those privileges (or violated the law already), they seem to be about the last priestly necessities that have not been absorbed by the entire laity.

Long gone are the days where we erected barriers to the Sanctuary such as altar rails and we no longer prohibit the laity to go willy nilly into the holy realm of the Sacrifice. Now everyone has freedom to go ‘to and fro’ in the sacred spaces; our cantors sing from the Sanctuary and laity at times are allowed to enter and exit the Tabernacle to get or to repose the Sacred Species or clean the Sacred Chalices after Communion. We don’t even need to know which side of the altar is the Epistle side and which is the Gospel side as both are read from the same place; and priests put it wherever the mood strikes them.

With a few more tweaks from our bishops and cardinals in Rome the laity might be able to read the Gospel and give the homily, leaving only Absolution within Confession and the actual Institution of the Holy Sacrifice as the last prohibitions that bar the laity from doing all of it themselves. And, of course, we can already hear the cries about ‘what makes Fr. Bob so special?’ that we cannot have ministers of Confession and ministers of Institution allocated to those who take a short course in how to do it?

Since Amazon is taking over the distribution of just about everything else that man wants to get, why not sell consecrated hosts on line so that our churches can buy pre-Consecrated Eucharistic Species’? Then the laity can have short (the shorter the better, of course) Eucharistic Services on Sunday rather than put up with all the sappy music, noise and chatter and general inattention for a full hour.

Or eventually perhaps we can progress to the point where we simply order our own pre-Consecrated Eucharistic Species from Amazon and commune ourselves or one another? It will arrive in a box in two days, guaranteed by Amazon. We can hear each other’s Confessions and absolve them without the difficulty of finding a priest to hear it. We need not gather and spread our germs from one to another and we can worship God in our pajamas if we don’t feel like getting dressed for Church or if the football game is about to start.

I’m starting to think that the cry for more priests is merely a head fake for married priests and women priestesses and that there is really no need at all because the laity has this completely under control already: we can handle this with the help of Amazon.

And by the way, why can’t we have phone banks of priests to hear confessions on the phone or online? That might be the interim move between today and the eventual creation of the lay ministry of Confessor.

So to make a long story short, we might have too many priests if we just tap into the vast wealth of lay talent that is out there and use the latest technology available to us. It may be Amazon that saves the vast exodus from the Church in the end.

What’s that you say? What about the priestly ‘character emblazoned on the priest’s soul for all eternity’ or the consecrated hands of a priest? How medieval are you?