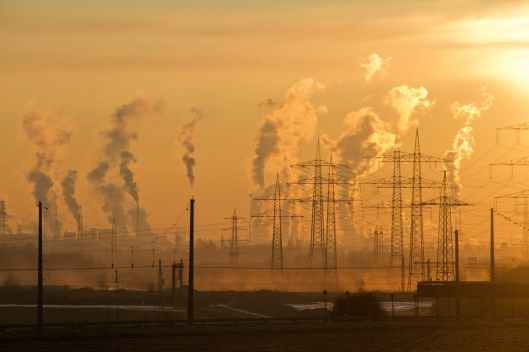 One of the many unfortunate results of the Church getting caught up in the culture wars is the politicisation of our stewardship of the earth. Because ‘Green causes’ have become identified with the political left, those who self-identify as not being on that side in the the culture wars, tend to trash the ‘Green agenda.’ Now it may well be that most mainstream scientists are wrong on these issues, and a minority of dissidents are correct, it would not be the first time that has happened. But is an important point being missed in the retreat to pre-prepared trenches?

What does it say about out attitude as Christians if we regard ourselves as owners of the earth? The Bible is clear that our relationship to God’s creation is that of steward; Jesus is equally clear about how God regards stewards who see their position as that of owners. What does that mean in practice?

We might take it as a matter of regret if a species becomes extinct, but is there not a wider, Christian perspective? God’s overflowing creativity has populated a world to delight us, and unless we think He has no purpose in creating, we might want to take on board the idea that each aspect of creation tells us something about God and His Creation; every time we lose an aspect of that, we lose something God has given us.

What does it say about us as a community of Christians that we take an instrumentalist view of the environment? Probably much the same thing as it says when we take the same view of education. It says, in effect, that we have adopted a materialist view of life. We see no objective beyond getting rich and being comfortable. Is that, in any way, what Jesus is telling us about what God created us for?  He came that we should have life, and have it more abundantly. That is not a proclamation of the prosperity Gospel. It is not a call to forget stewardship.

But have we the wisdom to think deeply about this? Or are we simply going to retreat to the Culture War trenches? In Laudato Si, the Pope asks us to think about the purpose of life, and what it means to say we are made in the image of God? An exploitative relationship with the environment, like one with labour, is one which runs counter to the Christian belief that we are stewards of this earth, and that every life has a unique value.

In education we are moving, and may even have moved, close to a position in which the idea that knowledge is worth having for its own sake is regarded as anathema; we are told that university degrees need to be ‘useful,’ where ‘use’ is tied to monetary gain. In the UK, a degree which leads to a poorly-paid but socially useful job, is rated as less useful than one which delivers a good salary. So, women who choose to stay at home and raise children are regarded with less favour than those who take the decision to remain childless and devote themselves to their job. Women are encouraged to follow men and define their value in relation to their job. And we complain that family matters less. How can it not in a society which puts a value solely on what is economically useful?

Benedict XVI wrote about our need to recapture a sense of reason. He challenged it to rise to the ‘Socratic task of inquiring into the good life.’ Human beings, separated from God are, he reminded us, ‘reduced to a single dimension’. ‘Were God to lose his centrality man would lose his rightful place, he would no longer fit into creation, into relations with others. ‘ That, Pope Francis suggests in Laudato Si, is precisely what modern society in the West has reduced us to. We need, he suggests, quoting St Augustine, to rediscover a reverence for the beauty of God’s creation:

Pope Benedict called  for us to recover

and enable people today to recover — our capacity for contemplating creation, its beauty and its structure. The world is not a shapeless mass of magma, but the better we know it and the better we discover its marvellous mechanisms the more clearly we can see a plan, we see that there is a creative intelligence.

Neither are our fellow men simply means of production and consumption. We need to recapture what it means to be made in God’s image.

As the Catechism of the Catholic Church says:

with his openness to truth and beauty, his sense of moral goodness, his freedom and the voice of his conscience, with his longings for the infinite and for happiness, man questions himself about God’s existence” (n. 33).

Unless our culture can recapture these aspects of life, then we remain condemned to an essentially reductionist and profoundly unChristian way of life.

Retreat to the trenches of the culture war if you must, but such an approach to Laudato Si misses the continuity with Pope Benedict – and St Augustine.