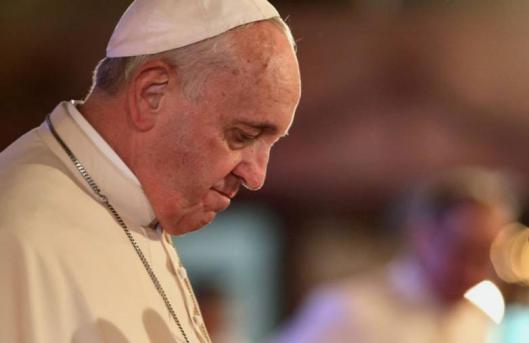 Time for me to post something here, I reckon, and I think might do. The other day a document called “Correctio filialis de haeresibus propagatis“ (if your Latin is as bad as mine that translates as “A filial correction concerning the propagation of heresies”) was served on the Pope. What that document does is accuse him of teaching seven heresies. Not the kind of stuff that usually happens in the Catholic Church. In fact, the last time it happened was in 1333 to Pope John XXII. He later recanted his errors. I can’t really say that I see Francis doing that. I’m rather glad I’m not the recipient of that 25-page letter though.

Gene Veith over at Cranach spells out some of it, no doubt some of you know more than I do. He talks about the charges (for lack of a better description) and there is a link to the English translation of the document, I’ve only read the summary, so far. It’s copyrighted so I can’t give you much, but it concerns mostly this,  “It lists the passages of Amoris laetitia in which heretical positions are insinuated or encouraged, and then it lists words, deeds, and omissions of Pope Francis which make it clear beyond reasonable doubt that he wishes Catholics to interpret these passages in a way that is, in fact, heretical.”

[Emphasis in the original]

Lots of this has to do, I gather, with giving communion to the divorced and remarried, and beyond that I’m not prepared to go. We’ve discussed this at great length. Search for COMMUNION FOR THE REMARRIED in the search box above if you don’t already know what most of us think. It always leads to much heat and some hurt feelings, so let’s not overly rehash it still again.

I tend to have sympathy with the conservative side of theological controversies, though not on this issue.  The sacrament is given specifically to sinners for the forgiveness of their sins (Matthew 26:28), and is not to be reserved only for those in a state of moral perfection. But that is one of the “Lutheran” teachings that Pope Francis has approximated and which the signers consider heretical.

But I still have sympathy for those who wrote and signed this letter.  Conservative Catholics, almost by definition, revere and obey the papacy.  To come to the conviction that the Pope is teaching heresy must be agonizing.

To believe that the Pope has violated the teachings of the Church Universal, that the papacy is not the protector of orthodoxy as has been assumed but a means of introducing innovative and problematic doctrines into the Church, can be a traumatic realization.  And to take a stand on this conviction shows great integrity and courage.

The signers may consider Luther to be a heretic.  But at least they know now how he felt.

Good thing it’s mostly bishops and academics signing this though. Henry VIII burned a few folks for that very thing, before he married one, of course. It was far from the longest marriage of his.

Indeed it must be a horrendous nightmare for any churchman to come to that feeling about any of his bishops, but the Pope! I don’t envy them, but I too admire them greatly. It must take great courage to put your name on that document.

They (whoever they may be) say that “May you live in interesting times” is a Chinese curse. I suspect we all understand why.

26 thoughts on “Is the Pope Catholic?”