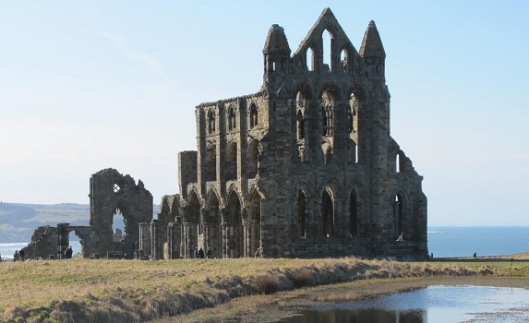 To day is the anniversary of my reception into the Church. I was not born a Catholic. I was baptised in a Methodist chapel, and I attended another Methodist chapel as a child. On the wall above the pulpit was a banner proclaiming: ‘God is love’; do not ask how, but I knew it was the truth. I knew God loved me and I had faith in Him, and even though, after the age of 9 (when my mother became seriously ill) I stopped going to the chapel, I read my Bible and knew God loved me.

Always interested in history, I read voraciously, and one thing that struck me was that there was a great caesura between the sort of Christianity practiced in the Middle Ages, and that which I had encountered. I read Julian of Norwich and Margery Kempe, and Chaucer, and I looked with wonder at the art of the period before the 1530s, and then I found something quite different, plainer, dourer, meaner, succeeding it. But as I read more literature, I discovered that that old sensibility – a Christianity shaped by its English location, survived. One sees that in the work of one of my favourite poets George Herbert, and also in Andrews and Eliot, but I see it, too, in Bunyan and John and Charles Wesley. There is what I can only call an English sensibility which runs like a golden threat through Christianity in these islands. I found it in the High Anglican tradition of Newman, Keble and Pusey. It is expressed perfectly in Eliot’s Little Gidding:

You are not here to verify,
Instruct yourself, or inform curiosity
Or carry report. You are here to kneel
Where prayer has been valid. And prayer is more
Than an order of words, the conscious occupation
Of the praying mind, or the sound of the voice praying.
And what the dead had no speech for, when living,
They can tell you, being dead: the communication
Of the dead is tongued with fire beyond the language of the living.
Here, the intersection of the timeless moment
Is England and nowhere. Never and always.

We encounter the Eternal in prayer and at the Eucharist, but we do so in a particular place, and we come to that place with the baggage not only of who we are, but of the places which have shaped us. In Eliot’s words:

A people without history
Is not redeemed from time, for history is a pattern
Of timeless moments. So, while the light fails
On a winter’s afternoon, in a secluded chapel
History is now and England.

That last sense, which has suffused me in many a church, is ‘England, and nowhere’. It is a tradition which, for an Englishman begins with Augustine’s mission, but which acknowledges that Bede’s description of what happened at the Synod of Whitby in 664 has implications for what followed.

In English Orthodox circles, there is a desire to find in St Wilfrid’s opponents, the voice of a more ‘authentic’ British Christianity. That is understandable; if one rejects Rome, then the decision taken at Whitby to go with Roman ways must be a caesura. But if one takes Wilfrid’s arguments as seriously as the Synod did, they become compelling reasons for seeing the long Catholic tradition as authentically English. As the Saint explained when dealing with the contested question of the date of Easter:

Wilfrid then named all the major places in the world that the Roman method was adopted and intimated that it was only the Picts and the British who obstinately did otherwise and were ‘foolishly attempting to fight against the whole world.’ Colman objected to Wilfrid saying that they were foolish citing that they followed the apostle reckoned worthy to recline on the breast of the Lord (John).

It was either the authority of Peter, or of whom? In the end, the only ‘other’ was oneself. Tempting as it is (because many I respect do it) to see ‘Celtic Christianity’ through some modern Romantic haze, as deeply ‘spiritual’ and personal, in contrast with Rome’s desire for conformity, that seemed to me to buy into a legend which fits with the contemporary desire for a free-wheeling ‘spirituality’ untied to dogma. Those who want that sort of thing need to find (or perhaps invent by retrofitting) their own ‘tradition’. For me, reaching back to Whitby, it was clear there was only one direction of travel. The phone call to my local priest followed.

13 thoughts on “Changing Churches: a reflection”