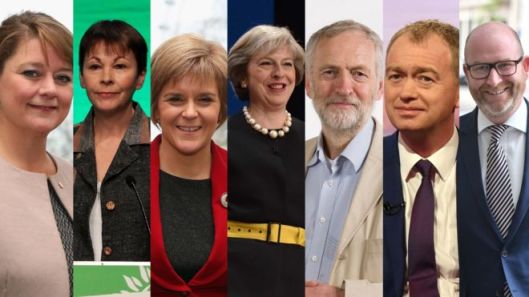 Can anyone holding orthodox Catholic views hope to hold high office in British public life? During the recent General Election, the attitude taken towards the Liberal Democrat leader, Tim Farron, an Evangelical Christian who had expressed orthodox Christian views on same sex marriage and abortion, was forced to recant them, which led to the question of whether we have a new Test Act. The old Test Acts, a product of the ‘Glorious Revolution’ of 1688, were designed to bar Catholics from public life by requiring of voters the ‘test’ that they were loyal Anglicans. If they communicated at the local Anglican Church at least twice a year, and possessed the necessary qualifications, then they could vote; if not, not. So, if you were not a very conscientious Catholic, and willing to make the pretence you were an Anglican, you could vote; if you were not, then not. The same applied to Protestants outside the Church of England. The Test Acts were repealed in 1828, and Catholics allowed to vote in 1829. Since then, there has been a steady advance of the franchise to include all men and women above the age of 18.

The new Test Act can be seen from the reaction to the fact that Prime Minister May is forming a pact with the Democratic Unionist Party. It has given British liberals a terrible shock to learn that there are those who oppose abortion and same sex marriage, and that they have seats in parliament. The general view seems to be that this is quite dreadful, “how dare people elect such people”? This is a view clearly shared by the British media, which treats those holding such views as though they are modern-day heretics. If the modern heretic is, as Farron did, willing to recant, then he can be absolved of his sins and allowed to continue. But is seems clear that anyone holding orthodox Catholic views cannot confess them and hold high office.

Traditionally, in this country, Catholics have tended to find a home in the Labour Party, but now it is the party of identity politics and of feminism and progressive ideology, it is hard to see how an orthodox Catholic gets a hearing there when the Test Act demands you accept abortion and same sex marriage. Naturally, there are those who would answer that if only the Church would change its mind on such issues, then all would be well – but that simply amounts to saying that if we all sign up to the programme then we can get round the new Test Act; it intensifies the notion that there is no place in the front of public life for orthodox Catholics. At the very least, the Test is that we accept the secularist line that we leave our religious beliefs at the door; imagine their horror if we said they had to leave their beliefs on gender ideology at the door?

The General Election offered an interesting contrast in styles. Corbyn, who has no religious faith, nonetheless conducted his campaign like an old style evangelical preacher, offering hope at huge rallies. Mrs May, a conventional Anglican, appeared not really to believe in anything and offered nothing more than that we should trust her to govern the country; there was no message and less charisma. Man does not live by bread alone, and political leaders do not win without a message of hope. It seems as though Mrs May thought that Hillary Clinton’s campaign was a good model to follow, whereas Corbyn took a leaf out of the Obama playbook.

[update] The fact that Mr Farron feels he has to resign tells us not only that the suspicions voiced above were correct, but it tells is more. Where were the Liberal voices saying that this was not necessary, where were the Lib-Dem MPs saying that in the party of Gladstone there was always room for a man of Christian conscience? I noticed none. Maybe it was drowned out in the torrent of ‘hate speech’ directed at the DUP? Our public life is the poorer for the absence of men and women of faith who cannot accept the secular diktat that they leave their faith ‘at the door’. Can you imagine the outcry if one said to a Green activist, or and LGBTI activist that they should leave their views on these issues ‘at the door’? And such outrage would be well-directed. People go into public life for all sorts of reasons, the best one being they want to change the world. Well, this certainly is a world in need of changing – but not in the current direction of travel.