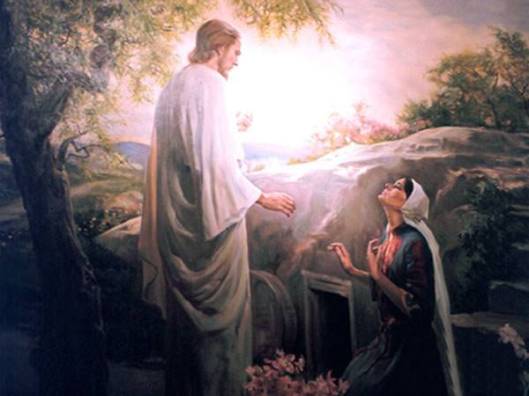 Christianity has a content. Its most important content is that Christ died and rose again from the dead to redeem us; if we do not believe this, then, as Paul said, our faith is in vain. There are clever theologians who have constructed whole edifices of scholarship providing explanations of the things modern intellectuals find uncomfortable about Christianity; but such attempts raise questions about the content of our belief.

The Resurrection either happened or it didn’t. Anyone who thinks that the first Christians were channelling their spiritual experience of Christ needs to re-read the account of St Thomas and his doubts. The NT goes out of its way to make clear that the resurrection was a physical reality. It does so because clearly there were those at the time who denied it and sought more philosophical explanations; it is not by such that we are saved.

The world has always had trouble with Jesus. It had it whilst he was Incarnate in the flesh in this life, and, just when it thought it had disposed of him by crucifixion, he came back and has given it trouble ever since. He tells us things we do not want to hear: we are sinners; we need to repent; if we don’t we shall go to hell. All of this makes us uncomfortable. There are three reactions to this: the orthodox Christian one – that we should indeed repent and mend our ways and follow him; the other is that we decline to believe any of this Bronze-age nonsense; the third, and in many ways more worrying one, is to explain it all away as being not what most Christians have believed for most of history.

It is most worrying because of the impulse behind it. People want to have Jesus, but on their terms. They want a Jesus fit for North Oxford or Islington salons; they want a Jesus who would be at home in the senior common room; they don’t want to be laughed at by their sophisticated friends; they want a Jesus worthy of them. In this, they play God. God created us in his image; these men recreate God in their own, and in worshipping him, they are actually worshipping themselves. But they do more. They tend to make other people feel insecure. This is not what the Apostles did. Christianity is either something that we can all grasp, or it is nothing; whatever these sophisticated philosophical explanations might be, they have a tendency to empty Christianity of its content.

I believe in God the Father, God the Son, and God the Holy Spirit, Three in One and One in Three. I do not believe in the prime mover, the secondary mover and the inspiration, or any other set of variants on the opening of the Creed. I believe Jesus rose from the dead and ascended into heaven. I do not believe that the Apostles had some kind of collective group-think; I don’t, because they didn’t. What I do not believe in is the superior wisdom of modern man, the church of good fellowship without Christ, or the life of the philosophy to come.

If Jesus did not rise, physically rise, then the whole of Christianity is a bad joke and should be discarded.