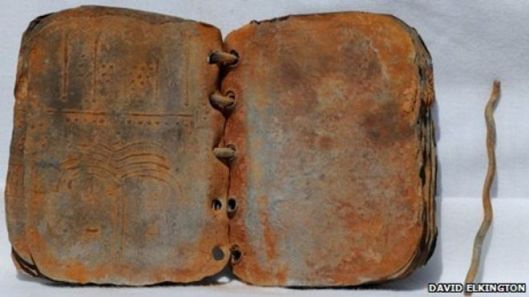 Dan Brown’s Da Vinci Code popularised the notion that there were many books which could have gone into the Bible; scholars who should know better, like Bart Ehrman, provided the ‘scholarly’ underpinning of such an idea, and he has pushed the idea in a series of books. It all seems very persuasive to those not paying too much attention, after all there were books calling themselves ‘Gospels’ which aren’t in our Bible, so surely there has to be something in the idea that our New Testament is simply a man-made selection which could have been different had the dice fallen the other way?

For those who think this way, there are a number of remedies, all of them involving reading books. I would recommend the following (not by Catholic authors for those who think I am peddling the ‘party’ line). Charles Hill and Michael J Kruger’s, The Early Text of the New Testament, deals excellently with the myths. It builds on Hill’s excellent Who chose the Gospels, which has to be one of the best short books on the subject I have ever read. For those who don’t want even that much, there is a very good summary in the Huffpo here. Michael J Kruger’s website has a good set of pieces here.

The message which comes through these, and other studies is plain. There never was a time when the Church accepted more than four Gospels. From their first mention in Irenaeus through to Trent, there were only ever four Gospels. Paul, himself, famously cites Luke in 1 Timothy 5:18 and calls it ‘Scripture’, and there is clearly a relationship with that Gospel in Colossians and  2 Timothy, and he even asks Timothy to bring the ‘books’ and the ‘parchment’ (ta biblia and tas membranas), which suggests that he has copies of Luke to hand.

And account that the longsuffering of our Lord is salvation, even as our beloved brother Paul also, according to the wisdom given unto him, hath written unto you,

16 as also in all his epistles, speaking in them of these things. Therein are some things hard to understand, which those who are unlearned and unstable wrest, as they do also the other Scriptures, unto their own destruction

and the reference to ‘other Scriptures’ suggests that the Apostolic Church put its own writings on a par with those of the Jewish Scriptures.

It is true that in the next generation, not all Paul’s letters were received, and that right through to the fourth century some of the smaller books like the Petrine epistles, 2 and 3 John and Jude were not generally received, any more than was the Revelation of St. John, but that hardly suggests that there was great doubt; no one was suggesting other books should be added.

In his 39th Festal Letter of 367, St. Athanasius gives us the full canon as we have had it ever since, and he clearly did not regard himself as putting forward any thing novel:

These are the springs of salvation, in order that he who is thirsty may fully refresh himself with the words contained in them. In them alone is the doctrine of piety proclaimed. Let no one add anything to them or take anything away from them.

He listed other books which Christians had and could use, but specifically added:

mention is nowhere made of the apocrypha; rather they are a fabrication of the heretics, who write them down when it pleases them and generously assign to them an early date of composition in order that they may be able to draw upon them as supposedly ancient writings and have in them occasion to deceive the guileless.

There were certainly some early texts such as the Shepherd of Hermas which were accepted by the very early Church, and these were gradually excluded from the Canon, as they had been by the time of Athanasius. But from the beginning, the number of books the Church considered canonical has been remarkably consistent.

12 thoughts on “On the origins of the New Testament”