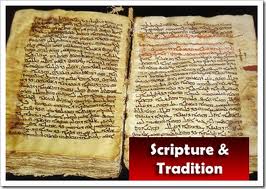 The modern scholarly line which maintains that orthodoxy is simply the set of beliefs that have won out across time, and thus implies that heresies are simply beliefs which the Church chose not to follow, is both right and profoundly wrong. It is right to say they are the beliefs that won out, although, as I suggested last time, if one believes in an hermeneutic of continuity in which the Church founded by Christ is, indeed, resistant to the Gates of Hell, this need occasion no surprise. But if, as is often implied, such a view is taken to mean that there is no such thing as orthodox belief, nothing could be less true. We can see from the New Testament itself the concern of the Evangelists to ensure that wrong beliefs were not adopted; from the beginning there were tares among the wheat.

There is heresy in the New Testament. Galatians, Colossians, the Pastoral Epistles, Jude, 2 Peter, 1 John and Revelation are the places we find heresy. The bad news for those who argue that ‘orthodoxy’ was a late development is that the heretics are denounced by the writers of those epistles, because heresy appears only as a set of errors which are to be condemned; you can only condemn something if you have an orthodoxy against which to measure what is unorthodox.

St Paul rebukes the Galatians for listening to those who preached ‘another Gospel’.  It seems they had been promoting the idea that Gentile converts should be circumcised. They had been putting forward the idea that it was vital to observe Old Testament Law. These ‘Judaisers’ may well, as some have speculated, have been from the Jerusalem Church, and have been ‘James’ men’. Either way, it took the first council of Jerusalem to rule on the issue. You might argue that this set the model for the future. Someone came along to a church claiming something which the Apostle who founded it had never said; it caused a ruckus; the Church decided what was and was not orthodox.

We don’t quite know what the ‘Colossian heresy’ was. In his epistle, Paul mentions circumcision, food laws, Sabbath and purity regulations, but whilst there may have been elements of ‘Judaising’ there were other element involved. Paul mentions words such as ‘pleroma’ (fullness), ‘philosophia’, and ‘gnosis’ (knowledge), all of which, along with the rest of the letter, suggest elements of gnosticism. This was one of the earliest and most persistent of heresies. Its adherents claimed that they were inspired by the ‘new spirit’ mentioned by Jesus, and that, as a result of this, they had access to special knowledge (gnosis) which was denied to those who had never been visited by the spirit. It allowed those arguing such a position to contradict what even the Apostles taught, as they had access to some secret knowledge which allowed them a unique understanding of what the words of Jesus meant.

In Titus and 1 and 2 Timothy, we see Paul roundly condemning heretical teaching. Again it looks as though there was a mixture of Judaising and gnostic speculations. None of this should be surprising. It was natural that many converting Jews would bring with them their own practices, and that converting Gentiles would do the same.

It may have been similar sorts of teaching against which Jude was warning when he writes about false teachers who do not ‘have the Spirit.’ These self-seeking, unreliable and unstable shepherds were roundly condemned. It may be that like those mentioned in 2 Peter, they ‘cunningly devised fables’ about the date of the Second Coming, and justified indulgence in fleshly sins on the back of it. One early, and repeated heresy, was the idea that the ‘saved’ could not lose salvation, and were therefore free to indulge their fleshly appetites.

We can see in 1 John that, as in Colossus and Galatia, some of the heretics had been part of the church, but had ended up preaching a different Gospel. In other words, men and women who had been converted by the Apostle himself, or, in the parlance of Bosco, had been ‘saved’, claimed that the new spirit they had received gave them access to a revelation which allowed them to refute even the Apostle himself. in John’s case, it seems as though members of his own Community denied that Jesus had come truly in the flesh – an early form of what became known as Docetism.

Revelation is a feast of examples of heresies: the Nicolaitans (who seem to have urged believers to take part in pagan rituals); a Jezabel, who led believers into idolatry, and the ‘depths of Satan’, another set of idolaters.

Against all of this was set the message which Paul and the Apostles had received, what Jude called the ‘faith once delivered to the Apostles’. There was, as we shall see, a diversity of orthodox belief and practice, but there was, from the beginning, a very clear idea of what lay outside the sphere of what Christians could believe and remain Christian.

If, even in the era of the Apostles, false teachers abounded, it is hardly to be wondered at that as the early arrival of the Second Coming was postponed, the Christian communities wrestled with the implications of some of the Gospel teaching. Indeed, one reason the New Testament exists is that churches kept Paul’s letters, an men like Mark, who had been Peter’s secretary, and Luke, who had been a companion of St Paul’s, wrote down their accounts of the ministry of Jesus and, in the case of Luke, wrote the earliest history of the Church.

90 thoughts on “The New Testament and heretics”