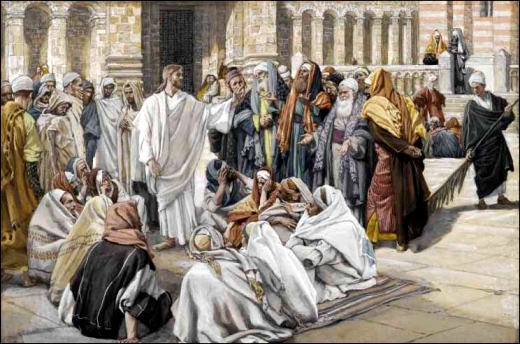 For the last few weeks readers have borne patiently with two series on one of the more obscure parts of the history of the Church. For our friend Bosco it was all pretty irrelevant: ‘Either one is saved or one isn’t. everyone is wrong. But only a few are saved.’ This is, as so often, at the extreme end of a not uncommon reaction among contemporaries; the new, the modern, is always more relevant than the old. What, Bosco asked elsewhere, was the point of all these ‘add ons’ to Christianity?

Pride, the desire to become as wise as God, led to the Fall of Man, and we see examples everywhere of where it leads us: being able to mine the resources of the earth to make life better for ourselves, we did so without regard for its effects, and when some of those effects are pointed out, we don’t much like it; being able to reason to make better laws for our governance, we forgot, or at least are forgetting, their foundation in the Natural Law, and so invent laws which defy it; being able to make weapons to defend ourselves, we have been able to make ones which can destroy the whole planet. But perhaps the most deadly pride of all is the one which we can trace through the history of the Faith we have been looking at these last few weeks?

Nestorius, like Arius before him, cited Scripture for his view that Mary was not the Mother of God. Arius had argued that Scripture showed that Jesus was a creature, the first of the creatures made by God, but a creature all the same. Against that, Bishop Alexander and then Athanasius had argued the opposite; but they had on their side not simply their own definition of Scripture, but the tradition they had inherited going back to the Apostles. But it was not the only ‘tradition’. We know, from St John’s Epistles, that there were those in in own community who denied his witness and taught that Jesus was not the Christ come in the flesh. Even in the earthly lifetime of the Incarnate Word, there were those who questioned His witness and left Him when he said that to be saved people would have to eat His body and drink His blood. One of the difficulties with claiming one is inspired by the Spirit is that anyone can do it, and from very early on, with Simon Magus, people did. How was the ordinary person to know who was, and was not, inspired by the true Spirit?

We see, in the history we have been reading, how early Christians sought to solve the problem – and we also see the problems that solution caused. Jesus founded a Church, and when His followers were in doubt, they were adjured to take their concerns to the Church. We see, in Acts, with the Council of Jerusalem how the Apostles interpreted that, and the Councils with which we have been dealing saw themselves as continuations of that. As it became clear that those who expected the Second Coming to happen in their lifetime (an expectation that can certainly be read from Christ’s words) were wrong, the scattered, and often persecuted, Christian communities, sought to ensure that, as the Apostles had wanted, only the right Gospel was preached. How did they do that, and how can we be sure they were right?

This is a vexed question for the historian, and there was, and still in some quarters is, a fashion for saying that the answer is that we cannot be sure, and that what is ‘orthodoxy’ was simply the stronger faction within Christianity, which asserted its will through force. There are two difficulties with this: the first is that it puts Christ out of the equation; the second is the historical context. Jesus founded a Church and said that the very forces of hell would not prevail against her, and read in this light, there is a hermeneutic of continuity to be discerned; despite the trials and tribulations, the Truth survived and was passed on. Secondly, at least until the days of Theodosius in the 380s, Christians possessed no State apparatus, and far from persecuting, were persecuted. So the early arguments over who Christ was and whether ‘Father, Son and Holy Ghost’ were one or three Gods, and if One, how could there be three persons, were hammered out with a reference to the traditions of the Church.

One of the fatal flaws in the often heard argument that by relying on one’s own reading of the Gospels one can somehow recover the primitive belief of the ‘real’ and ‘original’ Church, is that it means ignoring the lessons learnt by the Church in the past – and thus repeating old heresies, but with the added disadvantage that, being one’s own reading, and believing the Bible interprets itself, one leaves one in a state of spiritual pride. If, as he claims, Bosco is inspired by a new spirit, then what need has he of all these old stories? He has the Scriptures and as he put it recently when asked how he read the Bible: ‘I read one word after another. Do you have a better way?’ This is not how the first Christians proceeded, and the dangers in it are clear enough when you end up writing things like this (inspired, Bosco says, by his new spirit):

If I was god, I wouldn’t have gone thru all that.
let me let you in on a secret. There are laws, laws that even God cant break. I don’t understand them, and neither does anyone. Why cant he wave his magic wand and make it all better? I don’t know. But here is the deal……these sins separate us from god somehow, and they have to be cleansed. Cleansed befor we can sit in his presence. Why are they sins? I don’t know. But God is lonely. hes sick and tired of being alone. He wants a help meet. So, in order to make a bride, the bride must want to be his bride, and this bride must be of the same stuff as god. We all love our cats, but they aren’t human. The only way god can be with a bride is if she is like him…..sinless.

Quite what any of this has to do with the Gospel preached by Jesus and proclaimed by the early Church, I can’t say It is the way Bosco reads Scripture, ‘one word after the other’. Is there a better way? It would be hard to find a worse.

We have seen, in the history we’ve been reading, that even the early Church found it hard to agree on all essentials, so we shall now turn to examine how it tried to deal with some of the difficulties its members encountered. But to read the Book which the early Church canonised and to ignore its understanding of that Book and to substitute for it one’s own reading is both unhistorical – and spiritually dangerous.

70 thoughts on “Reading with and without the Church”