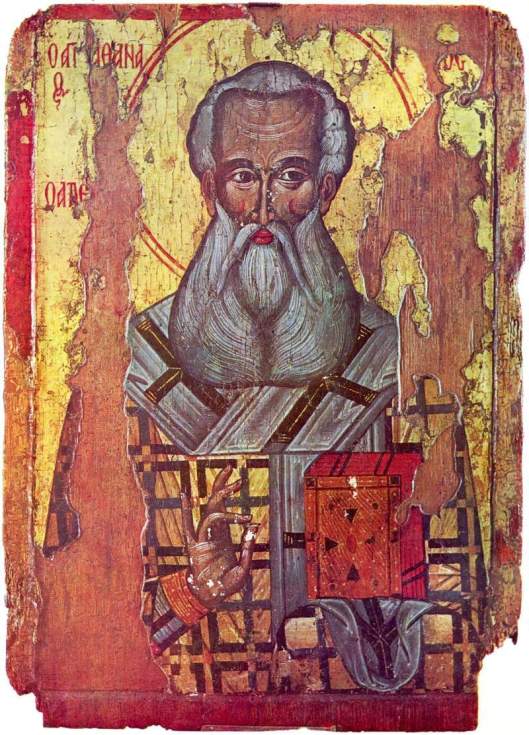 Nicholas’ post yesterday touched on an issue which is of great importance to us all – the Bible. The first thing to say is that the Bible does not define itself. There is, nowhere in it, a list of the Books that it ought to contain, and as historians are aware, the first full copies of the New Testament we have contain in it books not in the modern Canon, such as the Epistle of Barnabas, the Shepherd of Hermas, and the Epistle of Clement. Why do we not receive these, and indeed, other books? The short answer is that they were not in the first complete Canon as defined by Athanasius in his 39th Festal letter (A.D. 367). Athanasius was concerned, as all good Bishops are, about the spiritual welfare of his flock, and he was well aware that during the crisis precipitated by Arius, claims and counter-claims had been made about what was in Scripture; what he set out to do in his Festal Letter was to define Scripture. In so doing he relied not upon his own virtues and judgment – good though both were – but upon the voice of the Church:

Since some have taken in hand to set in order for themselves the so-called apocrypha and to mingle them with the God-inspired scripture, concerning which we have attained to a sure persuasion, according to what the original eye-witness and ministers of the word have delivered unto our fathers, I also, having been urged by true brethren and having investigated the matter from the beginning, have decided to set forth in order the writings that have been put in the canon, that have been handed down and confirmed as divine, in order that every one who has been led astray may condemn his seducers, and that every one who has remained stainless may rejoice, being again reminded of that.

He drew a clear distinction between the Canon and books such as the Didache and Hermas which, whilst good for pious reading and instruction, were not from the Apostles. On this he was most clear. Such was his authority that St Jerome, who had always doubted whether The Epistle to the Hebrews should be accepted, did so. In parts of the East the Apocalypse was not accepted until the Tenth Century. What is clear from this is that the early Christians had been using a variety of texts, but that the Arian controversy had highlighted the need to have an authoritative list. It had also underlined the need for some authoritative voice in interpretation. Nothing Arius had said was no ‘grounded in Scripture’, but his reading of St John was not that of Athanasius or of Nicaea. Which was right? Athanasius went with the understanding the Church had promoted, and was in that sense a conservative.

Conservative theology gives a vote to the ancestors. Some might say it gives them a veto, but what is the alternative? That would be to change doctrine with every fashionable wind. The record here is not an impressive one.

19 thoughts on “The Bible and the Canon”