The words of Benedict XVI, in his first general audience on Wednesday after his resignation are very significant.

“…I am also thinking of Etty Hillesum, a young Dutch girl of Jewish origin who died in Auschwitz.”

A quotation from  Etty Hillesum. from her Diaries is very special.

– “There is a strange little melody inside me that sometimes cries out for words, But through inhibition, lack of self-confidence, laziness, and goodness knows what else, that tune remains stifled, haunting me from within.  Sometimes it wears me out completely.  And then again it fills me with gentle, melancholy music.”

Thankfully that little melody inside her found expression in her diaries. In her diaries, Etty evokes her spiritual evolution through a deep look inward.

At first far from God, she discovered “Him” looking deep within her and she wrote:

“There is a really deep well inside me. And in it dwells God. Sometimes I am there, too. But more often stones and grit block the well, and God is buried beneath. Then he must be dug out again”

In her disrupted, restless life she found God in the very midst of the great tragedy of the 20th century: the Shoah. (Holocaust).This frail and confused young woman, transfigured by faith, became a woman full of love and inner peace who was able to declare: “I live in constant intimacy with God.”

In a time when many people are turning away from established religions to find their own path Etty Hillesum speaks for them. She belonged to neither a church or synagogue. She made an extraordinary spiritual journey during one of the most dangerous times in twentieth century history.

As a Jew in Nazi occupied Holland, her path was somewhat unconventional. However, the conclusions and realisations she reached are incredible considering her circumstances. Her spiritual development and subsequent maturity took place during such a short period of time 1941-43 and this unfolds in her diaries and letters.  Etty was 28 when she volunteered … imagine it, volunteered … to accompany thousands of Jews who had been arrested in Amsterdam into the Westerbork transit camp, their last stop before Auschwitz. For a while, she was able to travel back and forth to Amsterdam, as a privileged worker for the Jewish Council, but she refused the offers of friends to take her into hiding. Her final letters describe in heart-breaking detail this community for whom time was running out … every Tuesday a freight train was dispatched packed with men, women, babies, children, the old, the sick, 1000 people a week.

She describes the wild lupins surrounding the camp; the madness of camp concerts as famous cabaret stars literally sang for their lives in front of the commandant; the desperation of a frightened young boy who ran to hide when his call-up came and inadvertently brought retribution on many others. Mostly what sings out is the humanity and dignity that can survive against all odds.   Etty Hillesum began her diary in 1941, nine months after Hitler invaded her home country of the Netherlands. The record she kept for the next two years contains arresting personal reflections and chronicles her social, intellectual, and – most significantly – spiritual growth. (I have her complete Diaries)

In addition to her ongoing search for God and truth, one of the most noted and instructive features of Etty’s development was her recognition of, and her struggle, to overcome, the disorder within her own being. It was her success in finally transcending her own sense of captivity within that allowed her to rise above the cruel and fearsome circumstances without. Indeed, in the midst of the Nazi Holocaust, Etty’s writings reveal a woman who celebrated life and remained an undaunted example of courage, sympathy, and compassion.

Archbishop Rowan Williams in one of his books makes the observation that some people take responsibility for making God credible in the world. Etty Hillesum is one of those unique souls who does just that for me. There is no doubt but Etty Hillesum is one of the most illuminating and remarkable believers of the 20th century. She was a young Jewish woman in her twenties when the Nazi’s occupied Holland.

As I have said previously, she wasn’t a conventional believer such as one might meet in a church or synagogue. Her diaries written between 1941 to 1943 during this dreadful period in the history of Holland and its people show how she became more and more aware of God’s influence on her life. Unlike the majority of thinking people who might have been drawn towards atheism, Etty discovered God. She died at Auschwitz in the gas chambers in November 1943. She was only 29. Her life was one of concern and love for her fellow humans and this included those who committed the terrible crimes against her people. 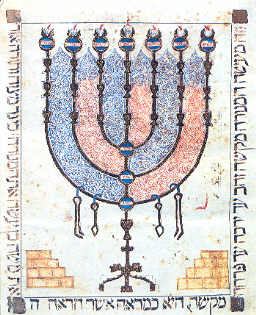