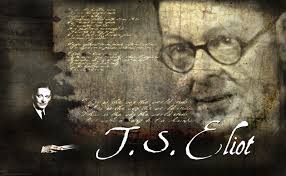 The question arises as to what Eliot meant when he wrote about a ‘Christian society’. The first thing to note is that he did not think that the British and American society he inhabited in the 1930s was one. That society was, at best, he thought, neutral. Its values and laws were shaped by a Christian heritage, but these were, he thought, in danger of becoming vestigial; at best Western society was neutral – at least it did not actively persecute anyone for being a Christian. What was true in the 1930s is no longer so; what was vestigial then is fossilised now, and it is very easy to be prosecuted for being an orthodox Christian. At the bare minimum, a Christian society ought to be one which promotes a Christian way of life. It is not a search for an abstraction of a set of principles, it is the recognition and promotion of a way of living which recognises that man’s destiny is eternal, and that the things of this world are, at best, a means to an end, that end being eternal life. This has profound implications for what we think the ends of education are, and for how we define concepts such as ‘success’ and ‘failure’; it is a radical call to humility and to the recognition of the reality of the effects of original sin. At the very least it is a call to be sceptical about the utopian solutions peddled by liberalism, and to be cautious about changing the status quo except with evidence that it runs counter to the Gospel message. So, to take two practical examples: it would argue that slavery was bad because it encouraged the dehumanisation of the individual and ran counter to the message of Jesus; but it would argue that changing the status of marriage was a bad idea for the same reason. Why was man created as he was? The ends to which God intended mankind are actively promoted by the traditional Christian idea of marriage; that it also has a variety of desirable social outcomes is no accident; we do best as a species when we follow the lines laid down for us by God. To be blunt, He knew what what He was doing – and we don’t.

Does such a route require of us self-discipline, self-abnegation and and some discomfort? If so, the chances are we are on the right road; if not, the chances point the other way. Such a State would not be limited to having only Christians as its members, for its values are ones which people of all faiths should be able to see the virtues of; neither would it be a narrowly confessional State. As Eliot put it, a Christian society should be one in which those who govern, whatever their particular religious beliefs and personal preferences, are confined

by the temper and traditions of the people which they rule, to a Christian framework within which to realize their ambitions and advance the prosperity and prestige of their country. They may frequently perform un-Christian acts; they must never attempt to defend their actions on un-Christian principles” (CC, 23)

For this to happen, education would be crucial. If the young are not reared in the maxims and principles of the Gospel message, and if they do not see it preached and practised, then the Christian society cannot come into existence. So, what would such an education look like? To that I shall attempt to return in my next post.

22 thoughts on “A Christian society?”