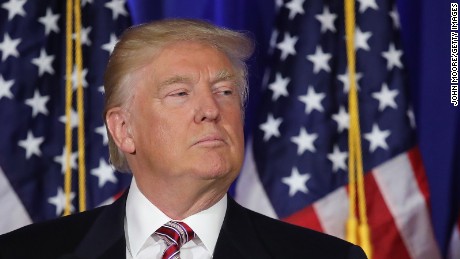 It seems that when a politician gets elected and proceeds to implement his programme (upon which he was elected) this is a cause of outrage – at least to judge from the demonstrations in Washington, London and other cities. Whether what President Trump has done with his 90 ban on people from certain countries is wise, is a matter of opinion, and as it involves the US law, it is probably a matter for legal dispute. What is not in dispute is that this is the sort of thing he promised to do. Usually we react badly when politicians find reason for not doing what it was we elected them to do; now we have an interesting reversal. Trump failed to win a majority of the popular vote, but he is the duly-elected president; except that those who did not vote for him seem not to want to accept the verdict of the election. We see something similar in the UK with Brexit.

It is clear that liberal opinion in our societies is outraged that the idiot voters have ignored their advice, and their reaction to it seems to be to hector, lecture and virtue signal until – well, until what? The duly expressed will of the people changes? What a very dangerous route this is. If, when the next Obama wins, those who oppose him refuse to accept his legitimacy and take to the streets against him. what will those liberals who are now doing so have to say to them? Democracy depends on accepting the outcome of elections run on rules you knew they were being run on, and then in accepting as part of that the actions of the new Government. By all means protest at their actions, but the scale of the hysteria on Trump and Brexit suggests that many liberals seem to think the rules only apply when elections come out where they wanted them to come out. Two, of course, can play at that game – and alas will do so in the future.

Let me say up front, I voted ‘remain’ and I would not, had I had a vote, voted from Trump. I think that the British Government is managing the Brexit process as well as it can, but that the outcome will not be a good one; I think Trump lowers the tone of government and would be well-advised not to treat those who disagree with him as traitors. But be that as it may, the electorate decided what it decided, and we have to live with that.  The notion that Trump should be disinvited from his State visit is an astonishing one. Nothing he has done compares to what China has done to Tibet. But I saw no million strong petition protesting that one; similarly with the King of Saudi Arabia. That the leader of Her Majesty’s Opposition seems to think this is an option is merely another sign of his unfitness for the office he holds. Those opposed to trump and Brexit would be well-advised to get some decent leaders and begin the struggle for power by legitimate means.