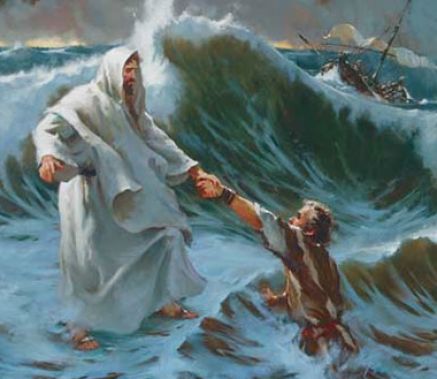 In an interesting sermon at Midnight Mass last week, The Right Reverend Mark Davies, Bishop of Shrewsbury, made reference, as our Prime Minister, Theresa May has, to the difficulty which many Christians feel about expressing their faith in public:

However, there has been a danger of a strange silence falling over our land which has recently led the Prime Minister to urge Christians never to be afraid of speaking freely in the public space. She insisted that our Christian heritage is something of which everyone can be proud, and Christians must ‘jealously guard’ their right to speak publicly about their faith. The Prime Minister is doubtless conscious of the strange phenomenon of local authorities and public bodies who fear that even to mention the word ‘Christmas’ might be a cause of offence. Somewhat more sinisterly, people tell me how they have felt inhibited or even intimidated in their places of work when speaking of their Christian faith and how it shapes their conscience and values. In a country founded on the Christian faith, it is a terrible perversion of political correctness that would so intimidate people from speaking of Christianity: the very faith and moral path which has shaped our way of life. It is the joy which Christmas announces.

In a world where ‘identity politics’ seems increasingly prevalent, and divisive, it seems strange that an identity which transcends all human ones should be marginalised; or maybe not? Perhaps the need for an identity one forges oneself has good reason to shun an identity which emphasises what we all have in common, and one which eschews ego and its seductive tones. The Gospel message is one of great joy. It tells us that we are saved. But that recognition demands something from us which the ego is reluctant to give – which is that we have sinned and that by our own efforts we can do nothing to save ourselves from the consequences. That is a startling message, and it is one from which even as Christians we sometimes try to resile. If we are not careful (and we are not always careful) an emphasis on good works and earning merit can come to seem as though we are co-workers in our own redemption, and that it is something we can, at least in part, earn. We do not like to be helpless, we like to feel that if we are not actually masters of our own fate, we have a great influence on it. Of course, properly understood, the language about ‘merit’ and ‘good works’ does not mean that, but it can sound like it. No one likes to be a beggar, and yet that is what we are, each one of us. God’s Grace of salvation is one He freely bestows on all who will receive it. Tidings of great joy indeed.

Being a child of God gives us an identity which transcends all human distinctions, for in Christ there is neither Jew nor Gentile, freeman or slave, or even man and woman. This os one reason that Totalitarian regimes of all hues have always distrusted Christianity, and why many have sought to extirpate it. They would like us to identify with whatever their ideology is – be it Communist, Nationalist or some other ideology, and they demand that the richness that is human life in Christ should be reduced to one, usually utilitarian, aspect of our identity. They seek to restrict and constrict that humanity to which the Holy Spirit gives life and life abundantly.

We are made in the image of God, and that image is fully restored in us through the gift of the redeeming love of Christ. We should never sell that birthright for any mess of pottage.