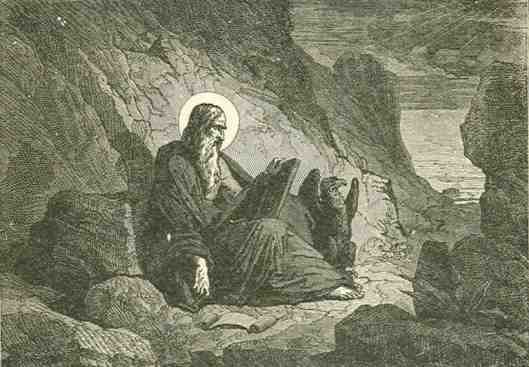 Today, by long tradition, the Church celebrates the feast of St John, the disciple whom Jesus ‘loved best’. He it was who, again according to tradition, rested upon the Saviour’s breast at the Last Supper, and it was to him that Jesus entrusted His mother in his final agonies on the Cross. The same tradition which tells us these things, tells us he is the author of the Gospel and the three epistles which bear his name; it also tells us he is the author of the vision captured in the ‘Apocalypse’ or ‘Revelation of St John the Divine’. That same tradition tells us that he lived to a great old age.

As the last surviving Apostle, St John provided a direct link back to the earthly ministry of Jesus. Tradition has it that he was much revered by the local community, and that in old age he would be asked often to sum up the message of the Lord Jesus. His answer sometimes disappointed those who expected some profound statement of doctrinal truth. He would say: “My little children, love one another.” After hearing this advice over and over again, several members of the congregation asked St. John: “Master, why do you always say this?” He replied with a gentle smile: “It is the Lord’s command. And if this alone be done, it is enough!”

The image of the last of the Apostles haunted the imagination of the Victorian poet, Robert Browning, who wrote a now all but forgotten poem about his death, called ‘A Death in the Desert’:

If I live yet, it is for good, more love

Through me to men: be nought but ashes here

That keep awhile my semblance, who was John,—

Still, when they scatter, there is left on earth

No one alive who knew (consider this!)

—Saw with his eyes and handled with his hands

That which was from the first, the Word of Life.

How will it be when none more saith ‘I saw’?”

At that point in history, the Apostolic tradition became wholly from memory. But St John had already committed to paper his own account of Jesus, as well as letters to his church and, again if we can credit tradition, written the Revelation whilst in exile on Patmos.

Despite the modern fashion for doubting whether St. John wrote the letters, Gospel and Apocalypse which bear his name, the early church was in no doubt: these books were included in the canon because they were his work; it may be that, as in so much else, we imagine ourselves as so much wiser than the ancients; but it may be, as so often, that we are not so. After all, Polycarp, who was ordained by St John, taught St Irenaeus, and neither of them seemed in any doubt.

The wonderful prologue to the Gospel gives us a true poetic insight into the Divine origin of Jesus, and poses for us the question with which all Christology grapples – how God can have been human and divine – as well as answering it. His understanding that Christ was fully human and fully divine clearly failed to appeal to those who wished to reduce Him to something their imaginations could grasp. St. John was far from meek and mild towards those who denied the truth. This we see in his epistles, but also in the tradition which St. Irenaeus had from Polycarp of his encounter with a notorious heretic Cerinthus in a bath-house. Hearing that the latter was within, John started back, and said “Let us, my brethren, make haste and be gone, lest the bath, wherein is Cerinthus the enemy of the Truth, should fall upon our heads.”

We see the same concern for truth in his epistles, which suggest that not even the witness of the last of the Apostles was enough for some men who claimed to be led by the Spirit. John bore witness to the Truth – a person, not a concept. Like so many of the followers of Jesus, John had seen through a glass darkly, but thereafter he saw in the bright light of the Resurrection. We cannot know precisely why he wrote his Gospel, but we can see clearly enough what drives it – indeed he states as much himself (John 20:31):

these are written that you may believe that Jesus is the Christ, the Son of God, and that believing you may have life in His name.

It is not like the other Gospels. It tells us but little about the life of Jesus, perhaps assuming that those interested in such things already had access to the accounts of Matthew, Mark and Luke. But what it does tell us unambiguously is what heretics doubted from reading the other texts – which is that Jesus was Divine. He was the Word who, from the beginning, spoke creation into existence. It is not accidental that he concentrates heavily on Christ’s controversies with His opponents; John faced the same doubters throughout his ministry. He stresses his credentials as an eye-witness, and those who take it upon themselves to doubt his testimony, strike at the heart of what he is about – which is the distinction between truth and falsehood. John is, above all, a witness to the Truth and calls us to believe that Jesus is indeed the Christ.

St John the Evangelist, pray for us!

37 thoughts on “The feast day of St John the Divine”