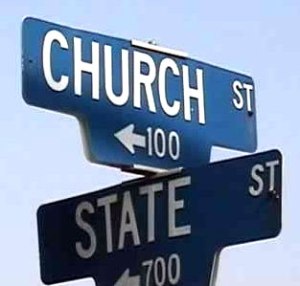 The other day Philip Augustine asked me in a comment how Luther’s Two Kingdoms squared with Aquinas’ thoughts on tyrannicide. Here’s the comment

On a side note, I’m perplexed with Luther’s stance on loyalty to Princes and going against Aquinas’ thoughts on tyrannicide.

I frankly don’t know enough about Aquinas’ views to give a coherent, let alone good answer. But I have run across what seems to me a good exposition of both Luther’s “Two Kingdoms” as well as St. Augustine’s “Two Cities” and how one grew from the other, as well as how American Lutherans have taken these thoughts and updated them for our society.

I found these quite fascinating and hope you do as well, considering they shed considerable light on many of our contemporary issues.

via The Two Cities vs. the Two Kingdoms

By no means are these a complete answer to the question, but perhaps they form a starting point for the discussion.

The most pertinent writing that I found in a somewhat cursory search was this: ‘Death to Tyrants’: The Political Philosophy of Tyrannicide – Part I

Though Luther and Calvin shared the belief that to rebel was to dispute against the order instated by God (Luther 1983: Vol. 44, 45) both writers maybe interpreted as permitting tyrannicide in certain circumstances (Luther 1983:Vol. 46; Vol. 45: 113). Luther held that only the whole community couldcondemn the tyrant to death (Waring 1968: 14–16) but Calvinist principles provided for a ‘duty of resistance to tyrants and the right of deposing kings’(Wight 1992: 11). Similarly, Calvin openly permitted the right of resistance bythose organs of government entrusted with restraining Monarchical power, suchas the Estates, and though he denied the right to kill a tyrant, he did suggest thatresistancemight beauthorised byarepresentative council (Neumann 1957: 159

Whereas Aquinas says this

Through a series of objections and counters Aquinas concludes that like the Holy Martyrs who ‘suffered death rather than obey the impious orders of tyrants’, ‘when there is no recourse to a superior by whom judgment can be made… then he who slays a tyrant to liberate hisfatherland is praised and receives a reward’ (1985b: Distinction 44, Question 2,Article 1). Similar to the conception of freedom under Roman law, Aquinas likens the state of tyranny to slavery (1985a: Vol. 41) and claims that there isno difference between being subject to a tyrant and being ravaged by a wildbeast (1988: 20).

The main difference that I see here is that Aquinas allows one person acting alone to perform Tyrannicide whereas Luther maintains that it must be the community acting in concert.

22 thoughts on “The Two Cities vs. the Two Kingdoms and America too.”