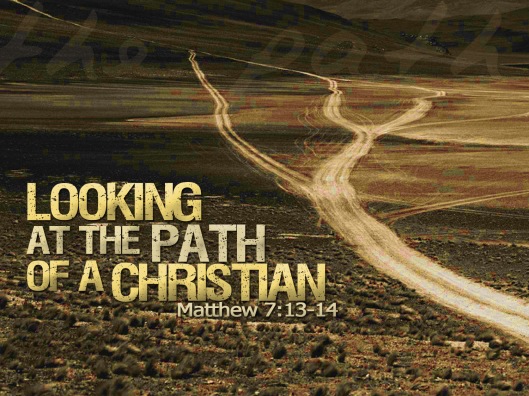 We have, here, I am glad to say, long moved on from the sectarian arguments about who is and who is not a Christian. It has always seemed to me the most pointless of arguments. When I was young most people where I lived went to church. We went to the Church of England because that was what what we did on Sundays. Did we go because of a burning belief in Christ? If we did, then as English people are wont to, we hid it awfully well. ‘Enthusiasm’ was something best left to the Nonconformists whose tendency to get emotional was a cause of some embarrassment. Perhaps we should have been embarrassed by our lack of enthusiasm? Were we ‘Christians’? We thought ourselves so, but being English, we would have thought it ‘bad form’ to have gone on about it.

Now, when I leave for Mass there are not many cars on the road, neither are there many walking the streets to church. When Dr Dawkins rejoices that such things are a sign of the decline of Christianity, he misses the point, as it is precisely the opposite. When it was thought desirable to attend church, many did, and many of those did so for social reasons. No one does that now.

One of the unexpected things about becoming a Catholic is that I have refound that sense of being marginal which one lacks if one is an Anglican. The Establishment gives the local bishop and vicar an immediate place in society. That is lacking if one is a Catholic.

Bigger is not necessarily best. Those who lament Constantine’s adoption of the Faith are not wholly incorrect, although it is as well to recall what happened to churches, like the Church of the East, which dod not have the protection of a powerful state. Numbers are an obvious, but not necessarily a good way of judging these things. Our standards, are not, however, those by which the world judges. As Christ hung there on Good Friday most of those who followed Him despaired. Peter had betrayed him, so had Judas, and the others, well they were for the most part nowhere to be found. A solitary group of women at the foot of the cross, and St John, were all there were faithful to what seemed the end.

As we go through the dark valley of life to the darkness of our own Calvary, we too are prone to despair and desertion, and we should offer those up at confession. We are the people of the Resurrection. If, as we say, we are His, then may we manifest it. Too easily do we accept the ways of this world which say that our faith is a private matter. It is not. It is the heart of who we are.

So, when we pray today, let us ask God to help all those who still have to be warmed by the sun of the love He has for them.

4 thoughts on “On being a Christian”