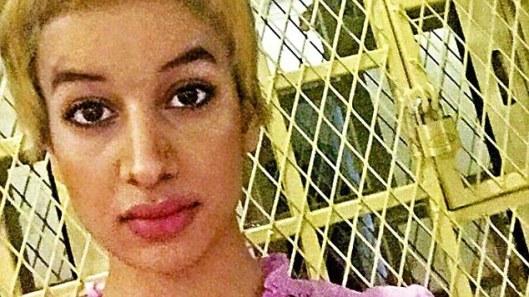 In ruling in favour of a young woman with joint Saudi-British nationality who is being held in a cage in Saudi Arabia because her father is worried that she is acting strangely (that is thinking for herself), the presiding judge warned against asserting our own cultural superiority. When it comes to keeping women in cages, I am all in favour of asserting whatever it is which says that is a thoroughly bad thing to do; I take a similar view on female genital mutilation, forced marriages and, if it comes to that, burning widows on their husband’s funeral pyre. Whatever is wrong with our culture, it knows that doing such things is wrong. If that is asserting our cultural superiority, I am not altogether sure why a judge should have felt in necessary to imply this could be a bad thing. I take a similar view when it comes to child labour, slavery and treatment of homosexuals – cultures which ban the first two and not the third, have every right to be considered superior. The teaching of the Church on the care of homosexuals is clear – whilst their sexual activity is sinful (as is all heterosexual activity outside of marriage) they are children of God and to be treated with the same respect as everyone else; those who wish to throw them off high buildings are actuated by evil.

The reactions of the Judge perhaps reflect the instinct to appease which is productive of so much resentment from most ordinary people. You don’t need a legal qualification to know that a culture which does not put women in cages is superior to ones which do that. Perhaps it also reflects a hesitation about standards in general, which stems from the relativistic mores of our society. It may not always have lived up to its own standards, but Christianity is the basis of those by which our society has been formed and lived. It may have tolerated slavery for many centuries, whilst disapproving of it, but it was from Christianity that the only impetus that has ever existed to abolish slavery came. It is from the same base that our modern conception of human rights has come. It is from there, too, that the only sustained opposition to the modern ‘culture of death’ comes. Our faith teaches that we are all equal in as far as we are children of God. We are so used to this we are in danger of forgetting what a truly revolutionary teaching this is; no one else in the ancient world believed that. If many of the first Christians we slaves and women, it is no wonder, no other teaching valued them for who they were, no other religion said they we of equal value to the rich and powerful. There were times when the rich and the powerful may have forgotten that (as the history of trans-Atlantic slavery showed), but there was never a moment the poor forgot it (as the history of the spread of Christianity among the African slaves showed).

To say that a culture built on Christian values is superior to ones built on other values, or none at all (like our modern relativistic society) is now a contentious statement – but only because we have forgotten that ‘right’ and ‘wrong’ have a meaning; or perhaps it is because they receive that meaning in a Christian ethos with which some feel uncomfortable? I can only assure such people that they will feel a great deal more uncomfortable with the values of a culture which sees nothing wrong in putting women in cages.