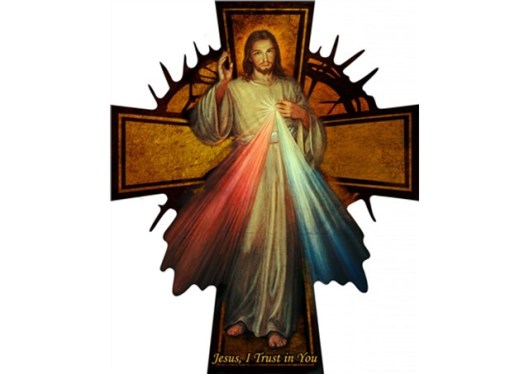 The Gospel reading for this Sunday can be found here along with a beautiful rendering of the Lord’s Prayer in Aramaic.

We are told by St Ambrose that our flesh could not eliminate sin unless it were crucified in Christ Jesus; he is crucified in us that our sins might be purged by him, he, who alone can forgive sins, nails to his Cross the handwriting that was against us.

Death, Augustine reminds us, is the common lot of all men, but for the believer it is a passage from corruption to incorruption, for baptised in Christ, we rise with him. For the Christian it is the death of vice and the awakening into virtue. The Gentiles were dead because they refused to receive the Law which had been given as a witness to God, and as a means of condemning vice. With Christ comes the forgiveness of sins. And Augustine reminds us that if we find these passing days, in which we recall his passion and resurrection with special devotion and solemnity exhilarating, then how much more blessed and blissful shall we find that eternal day which dawns when we see him face to face. What exultant joy will God give to his Church on that day.

Chrysostom discusses the nature of the debt we had to pay, which is that of Adam, for by eating of the fruit of the tree he and his successors forfeited God’s favour and the devil held them in bondage. It is from that bondage we are redeemed by the sacrifice of Jesus Christ. But we need to see to it that we do not again become debtors to that old contract with Satan. Theodore of Mopsuestia thought the bond is the one we incurred by our inability to keep the whole of the Law, but says that once we pass through baptism the Law is not needed for our hearts will incline toward God.

St Ambrose reminds us that Christ was without sin, yet he took on himself the burden of our sin – he freed us from the bond of sin. The Cross is not the death of the Son of God, but of Sin, it is Sin which is nailed to the Cross.

The whole scheme of salvation is, Augustine wrote, one by which God became man for the sake of finding us and redeeming us. The bond of sin is obliterated in the Saviour’s blood. In him and through him we are saved.