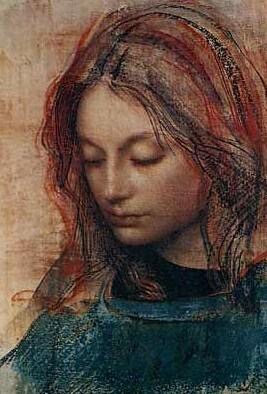 My thanks to Neo for his kind remarks about the blog – and to all the contributors and commentators. In a way it would have been better had I called it ‘Noah’s ark’ in which, you will recall, all manner of creatures were collected. It doesn’t surprise me that some people find writer x or y an odd ‘fit’ with the others – we came together on no more advanced principle than that people who felt some kind of affinity to this place and wanted to write were welcome to do so.

As Neo reminds us, there have been ups and downs, and what with attempted censorship, my illness and people popping in and out, the wonder is we’re still here. I looked back at some of the earlier posts, and felt quite nostalgic at some of the bloggers who have come and gone since then, including some of our contributors. No one will, I hope, mind if I pay an especial tribute to Geoffrey Sales, who at times kept the blog going all by himself. I hope, too, no one will feel slighted if I pay a heartfelt tribute to Chalcedon451 who has kept the ship afloat despite his own heavy workload.

This place remains what it began as – namely a place where those who take Christianity seriously, can read a variety of views on our Faith. It is one of the few places where Roman Catholicism on the edge of Sedevacantism to evangelical Protestantism on the edge of California can be encountered in the same place. This can cause discomfort, but if we cannot bear to read views which differ from our own, the Internet offers many refuges. This is not and was never meant to be a ‘safe space’. My own views are too eclectic to satisfy traditionalists or liberals; I don’t claim that makes me ‘right’, but it may make me not atypical of a certain type of Anglican. I am grateful to those commentators who put up with my enthusiasms, and for those who want to read their party line, well they are as free to write it up as I am – as this is a Christian and not a denominational blog.

This place exists to allow Christians of all persuasions to express their views. It is not about syncretism – no one is required to abjure any view they hold – but it is about toleration – which can be ironic given the intolerance Christians have shown in the past – and even now. But at our best, we witness to the Truth of a God who is Love, and who through that love reached out to us though we were lost in chains of sin, and who suffered, died, was buried and rose again so that through him we should have the prospect of eternal life.

We are, all of us, on a pilgrimage, and now we see as through a glass darkly, and even the wisest of us (especially, perhaps the wisest of us who understands this) sees but glimpses of the Divine and the Infinite. But we have His light which leads us on. If parts of it gleam fitfully here, that is as much as we can hope for.

In what he wrote yesterday Neo referred to the vicissitudes of the past four years from my own point of view, and I am sure that each of us here has had their own. But the small community gathered here has persevered – and if it be His will, will continue.

3 thoughts on “Along the Watchtower”