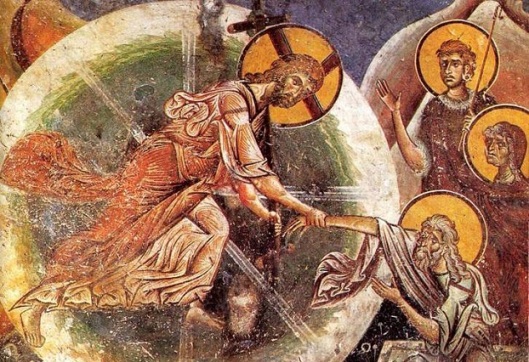 Hell is problematic. It is clear from Scripture that it exists. No one wants to go there. But if it exists there are people in it. That means that forever they are in some form of torment. It is easy to see why pastors used to major heavily on it – frightened people are more easily convinced to do what they might otherwise not do. Want to commit adultery? Is a few moment’s pleasure worth Eternity burning? It was not an accident that the mediaeval state used burning as a punishment – it was a very literal reminder of what awaited the heretic. I’m not getting into the argument about the Church not burning anyone, it encouraged the State to do so, and back then things were like that. All very scary. All very open to modern atheists arguing that God is a moral monster. God is our Father, God is a Father who is happy to see his child suffer for ever; and Christians ask atheists to believe God is love and wonder why they don’t? The arguments are familiar enough.

In my leisure time I have been reading a small book by Hans Urs von Balthasar, Dare We Hope that all men be saved? In it he makes a point which rings true but which I had not seen others make, which is compare the sayings about hell with post-resurrection sayings, and then point out that the former are mostly pre-resurrection, aimed, he thinks, at meeting his hearers where they were with concepts they would understand. He suggests that if we take all of them in the light of the post-resurrection experience, we get a different view, once in which it is men and their stiff-necks which confine them to hell, rather than it being God who condemns them.

St Isaac the Syrian reminds us that “There is no sin that cannot be forgiven except the one without repentance”. We are not God, we cannot judge as He does. But we can see what Christ says and we can try to follow His example. Even a convicted thief could be saved at the last – and why, because he repented of his sins, he confessed his belief in Christ and he did his best to witness to his Lord. As he goes on to say elsewhere:

Just because (the terms) wrath, anger, hatred, and the rest are used of the Creator, we should not imagine that He (actually) does anything in anger or hatred or zeal. Many figurative terms are employed in the Scriptures of God, terms which are far removed from His (true) nature. And just as (our) rational nature has (already) become gradually more illuminated and wise in a holy understanding of the mysteries which are hidden in (Scripture’s) discourse about God – that we should not understand everything (literally) as it is written, but rather that we should see, (concealed) inside the bodily exterior of the narratives, the hidden providence and eternal knowledge which guides all – so too we shall in the future come to know and be aware of many things for which our present understanding will be seen as contrary to what it will be then; and the whole ordering of things yonder will undo any precise opinion we possess now in (our) supposition about Truth. ’ [‘The Second Part’ XXXIX, 19]

We should recall what St Isaac wrote about God being love, and about his mercy:

“In love did God bring the world into existence; in love is God going to bring it to that wondrous transformed state, and in love will the world be swallowed up in the great mystery of the One who has performed all these things; in love will the whole course of the governance of creation be finally comprised.”

‘As a handful of sand thrown into the ocean, so are the sins of all flesh as compared with the mercy of God’.

Now I can see that from the pastoral point of view this might cause problems – what is the sanction for evil? But then, from the pastoral point of view, traditional concepts of hell-fire cause problems. Is anyone ever brought to love by fear? It is love which God offers. If we cannot access that, and if we cannot be good without fear of sanction, then have we really come to God at all?

God is love, and perfect love casts out fear, so why would we fear God? I an ashamed of myself when I do not not follow his ways, and conscious that my sins are often more omission – stuff I never did and should have done. I always feel better after confession, but that’s because I’ve said sorry to my Father, and I am sorry, not because I am scared of him, but because it hurts me to hurt him. That, I think is what true love does.

572 thoughts on “The difficulty of hell”