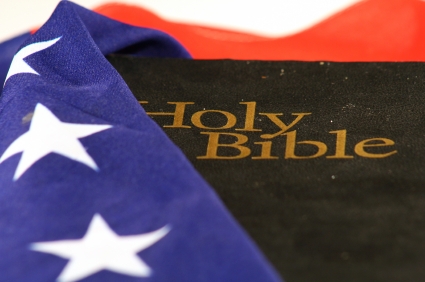 “If you want to be certain of being in the number of the Elect, strive to be one of the few, not one of the many. And if you would be quite sure of your salvation, strive to be among the fewest of the few; that is to say: do not follow the great majority of mankind, but follow those who enter upon the narrow way, who renounce the world, who give themselves to prayer, and who never relax their efforts by day or night, so that they may attain everlasting blessedness. “__ St. Anselm

The modern world is more advanced and more tolerant than past civilizations or so we are led to believe; it proclaims itself to be so loudly and often. We have the assurance of science and we have a heightened sense of compassion and concern for peoples and their welfare than civilizations of the past ever dreamt. But what of this claim and this common perception that we have been brow beaten with for the past 60 years or so? Is it true? It seems to be a given which is accepted without the least bit of scrutiny by the majority of the people.

Is it that the world has changed so much and its heart has become so much more human than it was in the past? Or is it more deceptive and continuously plays upon the goodwill of the people and the trust which they extend to their teachers and the purported science which is used to bolster their credibility? Is the message being deliberately altered so that it becomes palpable to our sense of justice and our humanitarian sensibilities? In other words, are their claims true, their science proven, and their goals noble? It has been sold to us as such.

It would seem that the world is synonymous in many ways to what we classify as modernism, the synthesis of all heresies, and progressivism which promises that evolution of everything from science, technology, philosophy, medicine and even religion that necessarily needs to change with the times in order that we can usher in a new utopia. Is that the carrot for which we are willing to gamble our eternal souls? For when we speak of the World the Flesh and the Devil it is certain that the world is rife with all three of the above and will try to seduce us by every possible means and motive.

It was the world’s view that these changes in faith and morals were in need of being modified, scrapped or replaced in order to make room for the new world order. And we have entered into political dialogue as they continually sell us evil with a scrap of truth attached so that it might taste good; a cup of poison with a liberal portion of sugar to make it taste sweet. We have sold our heritage for a bowl of pottage. We have handed over issues of faith and morals to the purview of the State and treat them as merely societal issues of which we might show great tolerance.

That our Church should be separated and protected by law to ensure our religious freedom is of course how Christians viewed the separation of Church and State until recently. Now, it is becoming more clear that what the Government means today is that the Church has no right to comment on anything the Government does or proposes whether it tramples upon ideas of faith or morals at all. It is not separation the State desires, it is annihilation or at the least control of the Religious message; recently demonstrated by what they consider hate speech and what they consider healthcare or what is touted as a basic human right.

So whether we call it, ‘the world’, modernism or progressivism, we should be aware that we are fighting for our eternal souls and salvation; nothing less. The clarion call needs go out to all the Churches of Christendom and someone needs to take the leading role in rallying the foot soldiers of Christ. A truly ecumenical council of all Christians concerning the state of Christianity in the modern world would go a long way to making our society aware that Christian principles are not dead, will not be coopted by politics and that they are worth dying for in order that they be defended. How or who might lead such a coalition is one that will no doubt give heartburn throughout the various denominations. All I know is that it is past time for us to impart the message to the people from the pulpit daily and not be kowtowed by the bullying of the State. They need to see that Christianity is a force and a set of principles that will not be let go without a fight.

“I appeal to you therefore, brothers and sisters, by the mercies of God, to present your bodies as a living sacrifice, holy and acceptable to God, which is your spiritual worship. Do not be conformed to this world, but be transformed by the renewing of your minds, so that you may discern what is the will of God — what is good and acceptable and perfect.”

45 thoughts on “Separation of Church and State”

Listening in the Desert
Under Reconstruction