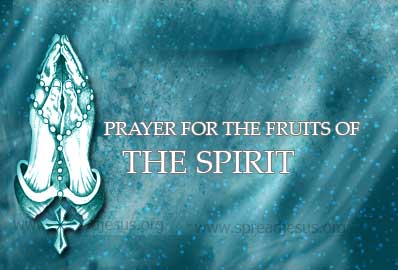 It is not uncommon in the Catholic blogosphere to see references to a ‘great apostasy’. The narrative usually goes like this: before Vatican II vocations to the religious life were plentiful, the Churches were full, life was good, since then these things are not so, hence Vatican II was a great self-inflicted wound. The only debates appear to be around whether this was deliberate, and post Vatican II Popes are really Popes, or whether it was a set of unintended consequences, in which case they are, but the Church is going to hell in a handcart. I want to suggest there are a number of difficulties with this sort of narrative.

The first is confirmation bias. It tends to come from Catholics who self-identify as ‘traditionalists’, who read what others of like mind write, and find that their suspicions are confirmed. As these groups are also attached to the Latin Mass, they tend to identify the Novo Ordus Mass as a major part of the problem, pointing to the fact that the churches they know which have Latin Masses are full. This, to their way of thinking, means that if all churches were to do this, they would all be full. This, however, ignores the second difficulty with the narrative – an assumption of cause and effect.

The assumption is that because churches were full before Vatican II and have been emptier thereafter, the cause of the latter is the former – as they say in Latin post hoc, propter hoc. This may, of course be true, but for it to be so a number of things assumed would have to be proven. Where did the people who used to go to Church go? Where did those monks and nuns who gave up their vocations go? The answers are not clear, but we know some former Catholics went to Protestant churches, and that the monks and the nuns went into secular life. None of this is suggestive of their motive being disgust with the vernacular Mass or Vatican II; it would be a very odd thing for deeply devout people to abandon their vows and Christianity because of Vatican II. It would not be odd for some devout people to go to another church, but it would be odd if their motive was they dislike the liturgical and other changes following on from Vatican II. It is true that some people went in a ‘traditionalist’ direction, and many of those proposing the narrative outlined above, did just that, which may be why they argue post hoc propter hoc; but they are not a majority. Had all those who left gone in that direction, the narrative would be more persuasive to those not under the influence of confirmation bias; as most did not, it is not.

The other difficulty with blaming Vatican II for the ills of the Church, is that other churches saw exactly the same phenomena as the Catholic Church did, and they had no Vatican II. They, too lost people from the pews and the seminaries, they too, modernised their liturgies. So, whatever it is we wish to attribute these things to by way of causation, Vatican II  seems an unlikely culprit. Indeed, the biggest, and the only growth, in the West in the last few decades have tended to be on what one might call the Pentecostalist or Charismatic side of things. Yes, it is true that the small number of traditionalist churches in the Catholic communion tend to be full, but then they are a small number, and that proves only that there are quite a few of us who prefer that type of worship, not that Vatican II emptied the churches.

Tempting as it is to view Vatican II as a scapegoat, it seems to me that the case against it is not proven, at least not by the arguments I see. If an explanation is to be sought for our present discontents (and nothing I have written here should be taken as a denial that they are there, and many), it must be found elsewhere. It might, after all, be that Vatican II is simply a symptom of a wider malaise, and not its cause. Whatever its cause, it is not going to be cured by good Catholics quarrelling with each other and calling the Pope opprobrious names because he appears, to their own reading of what the Church ought to be teaching, not to be doing so. The importation into our religious dialogue of the sort of attitudes common in political life is not only unwise and unpleasant, it might, as I shall suggest in the next post, give us some clues as to the nature of the malaise itself.

72 thoughts on “The great apostasy?”