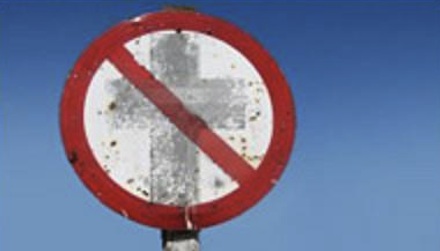 What can we do here in the small corner to improve the situation and encourage evangelism in and through our faith communities?

That is the question I was putting the finishing touches to when I read his comment. It starts, as he knows better than most of us, as he does it, with a willingness to get out there – literally. The work we do on Saturday mornings is a visible witness to the Chapel and its work, but we are the only ones doing it; I have never seen an Anglican or a Roman Catholic out there. I have suggested, at our occasional ‘churches together’ meetings that we have a rota, but have never found anyone willing to come along and do the street evangelism. It requires nerve, it requires preparation, and it requires follow-up material to distribute; what would be even better is if there was a follow-up course on which people could go; as it is, we offer ad hoc preparation courses, but again, as it is us by ourselves, there’s a limit to what can be done. If we joined forces we could offer a regular class which people knew was there and which we could publicise.

That leads me to the second of my suggestions, which is a better utilisation of the medium through which this is coming to you. Jessica’s introduction to the ‘Pilgrim’ course was fascinating. I like the approach a great deal, and see no reason why it should be confined to Anglicans; there is nothing in the things I have read which I’d have trouble with teaching; but we’re not seeing much of a take up here, even with the Anglicans.

I have attended meetings at which the obstacles are always mentioned, but they always sound like excuses to me. We should have closer contacts with local colleges and Universities, especially those which have chaplains; I am sure that Jessica and her friends were not the only students who found their faith challenged when they got to university, and while she was lucky to find a helpful chaplain, how much better it would have been had he had back up from other Christians.

It is this ‘silo’ effect which gets in the way. We live in our ecclesial silos, perhaps cooperating during Christian unity week, perhaps not, but what about the other 51 weeks of the year? I had the pleasure of providing our local Catholic Church with a new member last week. Striking up conversation over coffee with a stranger in the supermarket, she mentioned she was a Catholic but as a newcomer, felt that she didn’t want to go to Stockport to the nearest Catholic Church. I pointed out there was one far closer, but she’d not come across it, as it is down a side-street and does nothing to advertise itself.

So, we should get getting out there physically, we should be using the internet to greater effect (here the Anglicans really have shown the way), and we should be advertising ourselves – and not worry too much about which ‘church’ gets the ‘customer’. But before we can do any of this, we have got to know our fellow Christians, we have got to know the priests, the ministers, the faithful, and we have to organise ourselves to work together. If we don’t, then we have only ourselves to blame if we end up playing ‘nearer my God to thee’ as the ship sinks below the waves.

19 thoughts on “Getting out there”