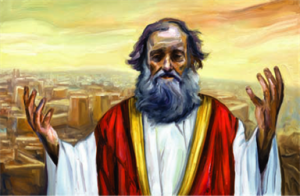 Yesterday’s discussion was an interesting one. For many years I have maintained what my forefathers, and indeed the forefathers of most Christians have maintained across a range of moral issue: no contraception; abortion only on those rare occasions when a mother’s life really is at risk; the indissolubility of marriage; no pre-marital sex – and so on. The fact is that whilst I have said (and acted upon) these things, the world has steadily moved in the other direction. I can (and as Mrs S will confirm, have done so) rail against the decline in morals and declare that the world is going to the dogs, but is there some point at which some kind of reality check would be a useful thing?

The parallel here is with that huge list of rule that those churches with canon law have. I am unsure what, other than the ability to say that with these rule I am not like other sinners without them, purpose is served by having lists of rules by which no one abides. I say this reluctantly, because obviously one purpose is to establish what is and is not good Christian behaviour; but if the preaching and rules are failing, does the failure lie with the world (as I tend to maintain) or with us?

Where is that change of heart which we say our Faith produces? If so many of our own people find it difficult to hold to the moral rules which we teach, then easy and tempting as it is to blame the world, do we have no part in this? It has always been easier to take the worldly view, and Christians have always warned against this. But is it, perhaps the case that without the sanction of the secular law, even our own people will not abide by Christian teaching? That seems to be the lesson. But then, if we look at the history of the people of Israel, it was always thus – the prophets were constantly lamenting their shortcomings, and predicting doom. So perhaps it was always thus?

If we cannot give the example ourselves in the way we live (as opposed to the words we say) of why the Christian way is better than that of the world, then our preaching will be in vain; we must live Christianity, not just preach it.

Not even in my most contrarian mood can I manage to reach the position of arguing we should abandon the right because people will not follow it – because it was always thus; the majority have always found it hard to follow the narrower path and easy to take the wide primrose one which leads the destruction. There are times I wonder whether that is the reality of the narrow gate – that unless one has that change of heart which allows one to take courage and live the Christian life, then salvation is lost?

We cannot, I think, frighten people into belief and good behaviour. We can only persuade them by our example. To be fair to the world, it is doing its part to show how ghastly its alternative morality is, and what its results are. So if we stand firm and live as we ought, then we set an example which others, despairing of the world, may well come to see is preferable.

5 thoughts on “The Churches and the world”