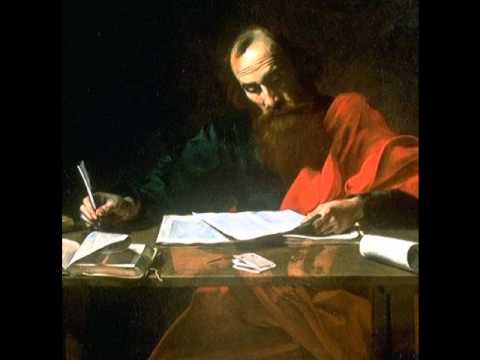 Struans and I have been having too interesting a discussion to be confined to those who read the comments sections, and here I want to set out the reasons why the Catholic (and for that matter the Orthodox and many Protestant churches) still hold to the universal tradition of the Church that women cannot be priests.

The best place to catch the Catholic position (and I make no apology for not adding the word ‘Roman’ as I know no Anglo-Catholics who adhere to the contrary position) is in the CDF document from the 1976 DECLARATION INTER INSIGNIORES ON THE QUESTION OF ADMISSION OF WOMEN TO THE MINISTERIAL PRIESTHOOD.

The Church acknowledged, and acknowledges, that as societies change, the roles open to women have also changed and, whilst recognising the tremendous role women have played in the history of the Church from the Blessed Virgin onward, welcomes the expansion of opportunities for the talents of women. So why not also admit them to the priesthood, that, after all, in the secular world, would be the obvious terminus for such a line of argument; the answer is because we are not, here, in the realm of the secular and of ‘job opportunities’. The Congregation for the Defence of the Faith concluded:

the Church, in fidelity to the example of the Lord, does not consider herself authorized to admit women to priestly ordination.

That is the decisive argument – that Our Lord did not ordain women to be Apostles; nor can we.  This is in faithful imitation of Our Lord and of the universal practice of His Church; to overturn this is not within our gift. The Church is bound by Christ here, and elsewhere. The Churches of the East, who in some areas (such as married priests) have a greater diversity of practice, are at one here with Rome, as are many Protestant denominations.  In this respect we are all following the example of the Apostles themselves. Struans rightly point out that there are arguments for thinking Jesus thought His followers should keep Torah, but this was not the practice of the Apostles, and there His Church has followed that example. It was not their practice to ordain women; we have also followed their practice.  The idea that this was for cultural reasons will not wash, as many Graeco-Roman cults had priestesses, and we know that in the early church there were many socially prominent women; but none of these things led the successors of the Apostles to depart from their example.

This is not an inflexible attitude to what is stated in Scripture and tradition. So, if we take what St Paul has to say about women wearing a veil in church, that is clearly culturally conditioned, but if we take what he has to say about women having authority in church, then not before the later twentieth century in the West has anyone suggested that this is in the same category; common sense would suggest they are not, and in practice, the Church has proceeded according to such common sense. As the CDF concluded:

The practice of the Church therefore has a normative character: in the fact of conferring priestly ordination only on men, it is a question of unbroken tradition throughout the history of the Church, universal in the East and in the West, and alert to repress abuses immediately. This norm, based on Christ’s example, has been and is still observed because it is considered to conform to God’s plan for his Church.

For St Paul, the representative function is part of the Apostolic role, and at the Eucharist the priest acts in persona Christ; Christ Incarnate was a man, and the priest takes on Christ’s role:

The Christian priesthood is therefore of a sacramental nature: the priest is a sign, the supernatural effectiveness of which comes from the ordination received, but a sign that must be perceptible and which the faithful must be able to recognise with ease.

A woman acting in place of Christ would not fulfil this condition. As the CDF goes on to say:

Christ is of course the firstborn of all humanity, of women as well as men: the unity which he re-established after sin is such that there are no more distinctions between Jew and Greek, slave and free, male and female, but all are one in Christ Jesus (Gal.3:28). Nevertheless, the incarnation of the Word took place according to the male sex: this is indeed a question of fact, and this fact, while not implying and alleged natural superiority of man over woman, cannot be disassociated from the economy of salvation: it is indeed in harmony with the entirety of God’s plan as God himself has revealed it, and of which the mystery of the Covenant is the nucleus.

Christ in the Bridegroom, the Church His Bride:

This nuptial theme, which is developed from the Letters of Saint Paul onwards (2 Cor.11:2; Eph.5:22-23) to the writings of Saint John (especially in Jn.3:29; Rev.19:7,9), is present also in the Synoptic Gospels: the Bridegroom’s friends must not fast as long as he is with them (Mk.2:19); the Kingdom of Heaven is like a king who gave a feast for his son’s weeding (Mt.22:1-14). It is through this Scriptural language, all interwoven with symbols, and which expresses and affects man and women in their profound identity, that there is revealed to us the mystery of God and Christ, a mystery which of itself is unfathomable.

The full document can be found by following the link. It concludes:

But it must not be forgotten that the priesthood does not form part of the rights of the individual, but stems from the economy of the mystery of Christ and the Church. The priestly office cannot become the goal of social advancement: no merely human progress of society or of the individual can of itself give access to it: it is of another order.

Now it may simply be the case that the whole Church has been wrong on this for most of its history and still is, and that only a small group of enlightened Westerners have it right, but that would be to subvert the way in which Christ’s Church has always proceeded, placing the fashions of an age within the wider and wiser context of what has been taught at all times and in all places. To depart from that is a bold move. Those who have done so are confident they are right; time will tell. In the meantime, most of Christendom stands where it has always stood and watches those so confident of the power of their own reason with interest. As neither the Roman Catholic, Eastern Rite or Orthodox Churches has any intention of following suit, those Anglicans who have taken such a move have placed yet another obstacle in the way of unity.