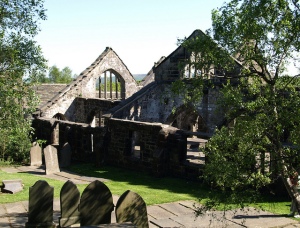 My generation has the dubious honour of having seen, in its lifetime, a passage from a Christian to a post-Christian society. When I was a lad the local clergyman was a respected figure (even if you weren’t one of his flock), people expected to go to church or chapel on Sunday (even if they didn’t get there as often as they should), which was a day of rest when most of the shops were closed. Our legal system was soundly based on a framework of Christian ethics. Divorce was infrequent, abortion something which if it happened, did so in the dark corners of society.

What happened in these last cases illustrates a wider problem. There were couples who lived lives of real misery because of the difficulty of divorcing; there were lasses who died because of back street abortionists. In an effort, they said, to solve these problems, liberal-minded men like David Steel and Roy Jenkins pioneered changes in these things. We were told, on the abortion issue, for example, that there would be many safeguards; there were, and are, but everyone knows we effectively have abortion on demand in this country.  In place of the problem of some couples living lives of misery, we now have many more, and their children, being damaged by the divorce rate. Could it really be said that our last state is better than our first? or have we (literally) thrown out the baby with the bath water?

These changes were put forward with good motives, and incrementally. But their effect has been to create a society very different from one anyone said they wished to create.

The reasons for the de-Christianisation of our society in the UK are complex, but it would be very hard not to ask the churches and chapels what they’ve been doing all this while? Part of the answer seems to have been ‘going along with it so as to seem relevant’. That is a trahaison des clercs.

The role of the churches is to proclaim the Gospel. Proclaim it in action by all means – what point is our faith if it produces nothing but sermons and books on theology? But we are also here to witness to society in another way – that is to declare there is a radically different way of being in this world. That involves talking about sin – which of course modern clerics seem (with some notable exceptions) to dislike.

The results of this failure are plain. Look at any urban landscape and you will see it littered with abandoned chapels and failed churches which are derelict and decaying.  If you want to see the failure of our churches, look at their physical embodiments.

Yet could it really be said that this society needs the churches less than it did. I am involved, as I know Jessica is, in my local foodbank. Here my chapel, like other churches, plays a crucial role in a place where the State has failed. There are other such places – let us as Christians seize the opportunities. Despair is for sissies – not disciples of Christ.